Australia’s Matt Ebden is returning to the tour with a newfound appreciation of his career and opportunities. 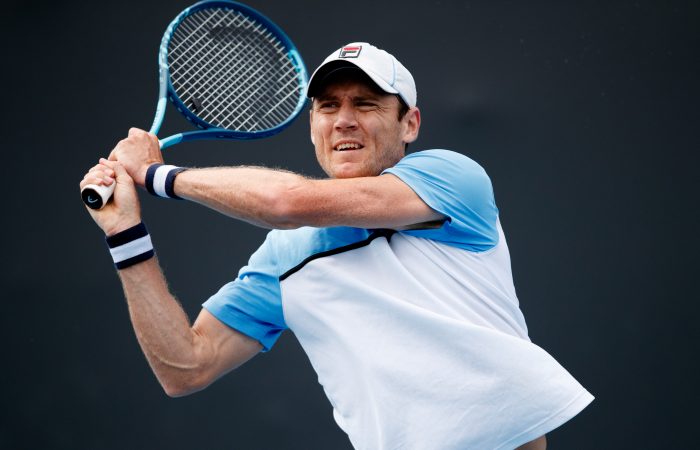 The 33-year-old credits the COVID pandemic shutdown of professional tennis for rekindling his passion for the sport.

“Being out and having time off last year, (I realised) I really love what I do, I really like being a tennis player,” Ebden admitted.

“I suppose in the last couple years there was times when lots of months away dragged on and I was tired, fatigued and losing motivation.

“Last year it gave me actually time to do a lot of stuff off court outside of tennis, business-wise, investment-wise, other things in my life I always wanted to do. It gave me time to do that, which is great … but then it also made me realise that’s all good and everything, but I’m a tennis player. I want to be playing.”

This newfound appreciation follows a ‘nine-month training block’ at Ebden’s home in Perth, where he lives with wife Kim. He chose not to travel internationally last year when the tour resumed in August.

“Over the years on tour, it’s rare you get more than a few weeks off with the schedule. Especially being from Australia, we’re always travelling,” Ebden noted. “(Last year was) time to regenerate and refresh, get the passion and the appreciation for the sport back, which is what I feel.”

He made his professional comeback in January at the Australian Open 2021 singles qualifying event in Doha, which marked his first tour-level event in 11 months.

The former world No.39, who achieved that high in October 2018, has shown some impressive form over the summer too.

Career-best results have followed at Australian Open 2021. Ebden and Smith defeated two seeded teams in a stunning men’s doubles quarterfinal run. It is the furthest Ebden has ever advanced at Melbourne Park and his best Grand Slam result since 2012.

🎾🎾🇦🇺🇦🇺 thnx to the great crowd who came out and supported today, what a great atmosphere! got the win in the semis @australianopen with @samstosur – final tomorrow night @rodlaverarena 👊👊
.
.#melbourne #australia #ausopen #australianopen #AO21 pic.twitter.com/uhCkWYTOOS

“Nothing makes up for matches, and that’s all it takes, is that one or two matches just to get the confidence, get the wins and then you feel good again,” Ebden said of his building momentum.

“I’m a competitor. I want to be out there playing. That’s just what I do. Even if I love being at home and it’s hard to travel, all that, it won’t last forever. Let’s face it – one, two, five, 10 years, at some point we’re not going to play anymore. Kind of just (want to) make the most of it for now.”

Knowing he has limited time left in his career, Ebden intends to return to the tour full-time in 2021.

“You kind of just cannot not play forever in my position. Either you’re going to play or not going to play,” he said.

“I’ve got to go and get amongst it, week by week, and (deal with) bubbles and strange travel conditions. I’m trying not to think six, nine months ahead. I’ll try to just go a few weeks or a month at a time and see what happens. If we want to come back after a few months and quarantine once or twice during the year, if we have to bite the bullet, we’ll do it.”

Adding to the challenge is Ebden’s current rankings of No.313 in singles and No.109 in doubles, which may limit which events he can enter.

“It’s very tricky unless you have a high ranking so you can pick and choose the few events that are on. There’s obviously lots of tour events cancelled, there’s hardly any Challengers, so the ones that are on, the (entry) cuts are very high and hard to get into,” he explained.

Yet Ebden has proven he knows how to navigate challenges, overcoming many throughout his career. Determination is often the key and encouragingly, that is something the Aussie star has an abundance of right now.

“This last two months has been awesome to get all sorts of matches – singles, doubles, mixed doubles. We’ll see what the rest of the year holds.”