Three Australians - Alexei Popyrin, as well as doubles combination Matthew Ebden and John-Patrick Smith - have advanced to the finals at an ATP 250 tournament in Singapore. 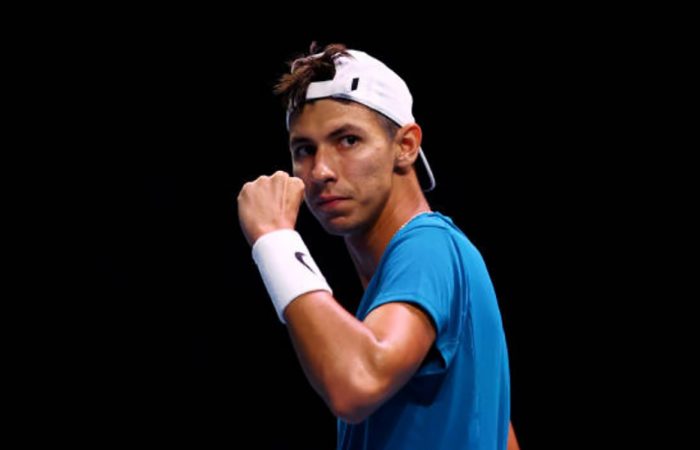 Australia’s Alexei Popyrin is through to his first ATP singles final.

The 21-year-old has continued his career-best run in Singapore, scoring a hard-fought 7-6(5) 7-6(2) semifinal victory against third seed Marin Cilic today.

World No.44 Cilic, a 32-year-old from Croatia with a career-high ranking of No.3, made a strong start. But Popyrin demonstrated a steely revolve in a tight opening set against the US Open 2014 champion, fighting back from an early 2-4 deficit and then saving two set points on his serve at 15-40, 5-6.

Trailing 1-3 in the tiebreak, Popyrin came roaring back to win six of the next eight points and take the opening set in 60 minutes.

There were no service breaks in the second set – but once again, Popyrin stepped up in the tiebreak to secure victory after one hour and 59 minutes on court.

The world No.114 plays either fourth seed Alexander Bublik of Kazakhstan or sixth seed Radu Albot of Moldova in tomorrow’s final.

Australia is well represented in the Singapore Tennis Open finals, with Matthew Ebden and John-Patrick Smith also advancing to the championship match in doubles.

The fourth seeds booked their place in the doubles final with a 6-4 6-4 victory against Venezuela’s Luis David Martinez and Spain’s David Vega Hernandez in the semifinals today. The Aussie duo won the final four games in the 74-minute match.

It propels 33-year-old Ebden into his seventh career ATP doubles final. He is four-time champion, winning his most recent title in 2014.

This is 32-year-old Smith’s fourth career ATP doubles final. He won his only previous title in 2018.