Tough day for Aussies in Singapore

James Duckworth, Marc Polmans and John-Patrick Smith have all lost their opening-round matches at an ATP 250 tournament in Singapore. 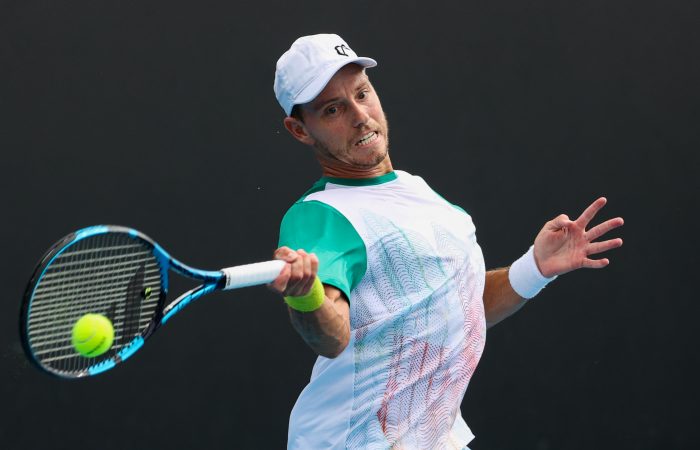 There was not much to celebrate today for Australian players at the Singapore Tennis Open, with James Duckworth, Marc Polmans and John-Patrick Smith all losing their opening-round singles matches at the ATP 250 tournament.

Duckworth, who returned to the world’s top 100 this week, was beaten by world No.105 Yannick Hanfmann in straight sets.

Polmans lost a three-set battle with world No.109 Yasutaka Uchiyama, while world No.76 Radu Albot eliminated Smith in three sets as well.

The 32-year-old Smith, who is ranked No.306, had won two matches this week to qualify at a tour-level event for the first time since Wimbledon 2018.

It leaves John Millman, Alexei Popyrin and Matthew Ebden as the last Aussies remaining in the men’s singles draw.