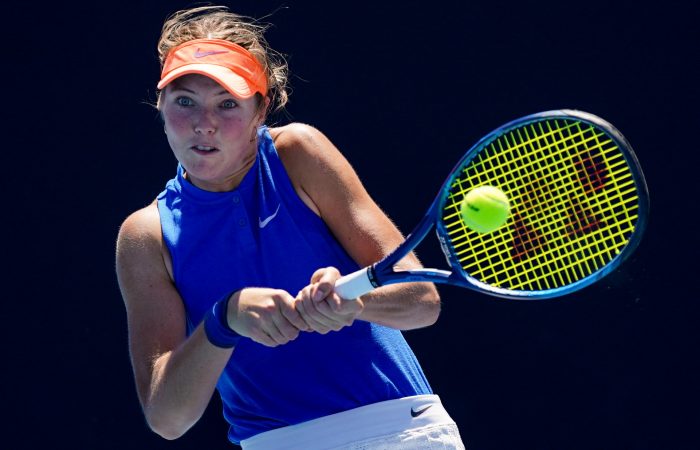 The 18-year-old from the Gold Coast recorded a 6-4 6-4 win against fellow Australian Destanee Aiava in a Phillip Island Trophy first-round match today.

It continues an outstanding summer for Gadecki.

As an unranked wildcard, she made the second round in Australian Open 2021 women’s singles qualifying last month. Her victory in Dubai, defeating world No.246 Lara Salden in three sets, was her first professional appearance in a tournament outside of Australia.

Gadecki has also achieved several career-firsts on the doubles court.

She teamed with fellow Australian Belinda Woolcock to score a first WTA doubles win at the Yarra Valley Classic earlier this month. The duo also reached the second round at the Australian Open, adding a first Grand Slam doubles win to Gadecki’s burgeoning list of 2021 achievements.

A new experience awaits Gadecki at this week’s Melbourne Summer Series event too, which is running concurrently with the Australian Open at Melbourne Park.

The Queensland teen now faces top seed and Australian Open 2020 champion Sofia Kenin in the second round. It will be Gadecki’s first career meeting against a top 10-ranked opponent.

In other results today, world No.140 Lizette Cabrera earned her spot in the main draw with a straight-sets qualifying win against 16-year-old South Australian Charlotte Kempenaers-Pocz.