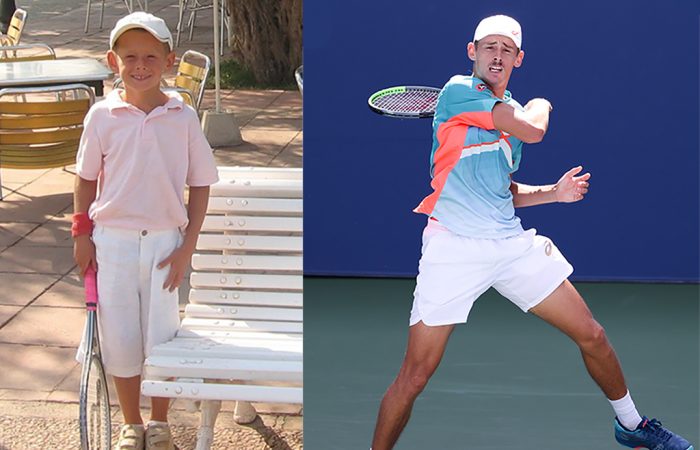 Alex de Minaur was three years old when he began tennis lessons in the Southern Sydney suburb of Carss Park.

“He just loved tennis and hitting balls,” recalls Cindy Dock, his first coach. “He was very easy to coach, he was very receptive. He’d do everything you’d tell him to do. He was a great kid.”

Dock would hit with De Minaur at Harold Fraser Reserve in Kogarah Bay up to three times a week.

“He carried his tennis racquet with him all the time,” remembers Dock.

“He just loved swinging his racquet around and hitting balls on all the walls at the tennis centre. The challenge at that age is to keep kids motivated, but Alex just loved it. Even then he’d chase down everything. You actually had to tell him to go home, otherwise he would have stayed on court all day if he could.”

The De Minaur family relocated to Spain when Alex was five years old. Dock continued her friendship with the family, even staying with them when she travelled to Alicante. 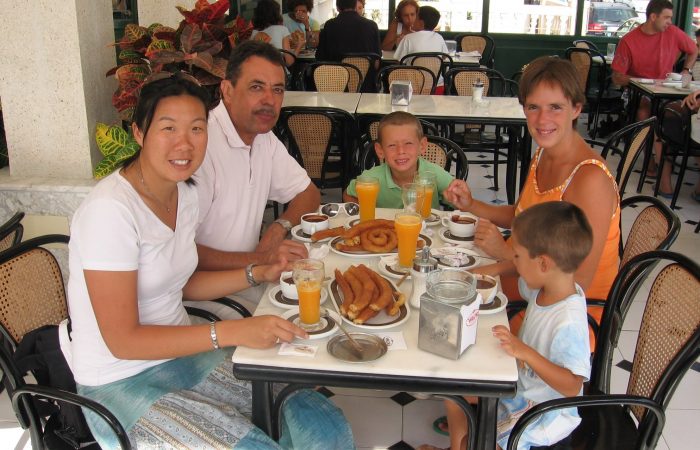 Cindy Dock, left, with the De Minaur family. A young Alex is pictured in the middle.

Although Dock has not seen Alex for several years, she remains in touch with his mother Esther. She closely follows her former charges’ career too.

“I hope that at the very start coaching him, I was able to provide good habits that he has taken throughout his career.”

“He definitely had something very special. He was very intense and was a very disciplined little boy,” she recalls of her first impressions.

“Some kids pick up things very quickly and he was one of them. It all came naturally to him.

“At that age you never think ‘oh they are going to be one of the best in the world one day’. But you could see how much Alex loved it and that if he did all the right things, he could be very, very good. He definitely had the drive, even as a three-and-a-half-year-old.”

Dock, who also played professionally, often uses De Minaur as an example to inspire her students.

“I still coach a lot of kids around that age and I tell them that ‘all the things I’m telling you now, was exactly what I told Alex. He has used to it become the best in Australia and one of the best in the world’,” she says.

“Alex is a great role model too in that he always puts in 100 per cent and never gives up.”

De Minaur demonstrated such fortitude in 2020, advancing to his first Grand Slam quarterfinal at the US Open.

The 21-year-old De Minaur has contested 13 major tournaments so far in his career, advancing to the third round or better on five occasions. He also excelled as a junior, reaching the Wimbledon boys’ singles final as a 17-year-old in 2016.

Dock says to see De Minaur, who has a career-high ranking of No.18, win a major title one day would be a dream come true.

“Oh my gosh, it would be amazing,” she says. “It would be just so wonderful if that happens.”

A grateful De Minaur has many fond memories of his own early years and has not forgotten how his tennis journey began.

When in Sydney recently, De Minaur made a special return to his first club after more than a decade away. He was thrilled to find an upgraded venue, with hard courts replacing the synthetic grass he learned to play on.

“That’s where it all started for me,” he says. “I was fortunate enough to go back there about two years ago and it was amazing just to reminisce on the old times.”