Australia has revealed a strong team for the 2021 ATP Cup, led by world No.23 Alex de Minaur and world No.38 John Millman. 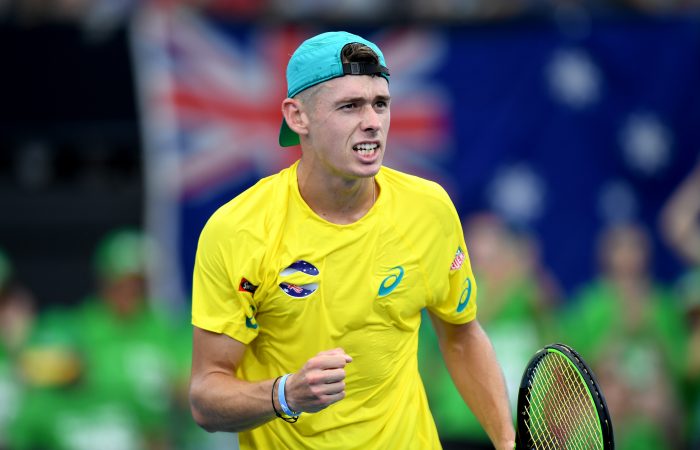 Alex de Minaur and John Millman are set to spearhead Team Australia at the ATP Cup in 2021.

The 26-year-old Saville, who is currently ranked at a career-high of No.37 in doubles, is a new addition to the team in 2021 – which also marks his representative team debut for Australia at this level.

The ATP Cup will be held from 1-5 February in Melbourne, with 12 countries battling for the prestigious team trophy on the eve of Australian Open 2021.

World No.1 Novak Djokovic returns to lead Serbia’s title defence, while world No.2 Rafael Nadal will compete for Spain.

Fourteen of the world’s top 15 players have committed to the event, with the injured Roger Federer the only missing player.

“Last year we launched the global tennis season with the inaugural ATP Cup. It was a huge success with both players and fans, and we are excited to present the second edition in Melbourne in 2021,” says ATP Cup Tournament Director Tom Larner.

“The players are looking forward to stepping up and representing their countries again, and the field, including defending champions Serbia and finalists Spain, is strong. This is a format that shows off the passion of the players and we’re expecting some spectacular tennis action.”

This year’s ATP Cup will be played alongside two WTA 500 and two ATP 250 events at Melbourne Park.

The draw for the second annual ATP Cup is scheduled for 20 January, where the 12 teams will be divided into four round-robin groups of three. The winner of each group advances to knock-out semifinals.

Full details on ATP Cup 2021 teams and competitors is available below:

More information on ATP Cup tickets will be released in due course.