As 2020 draws to a close, we celebrate some of the outstanding role models in Australian tennis and the lessons you can learn from them. 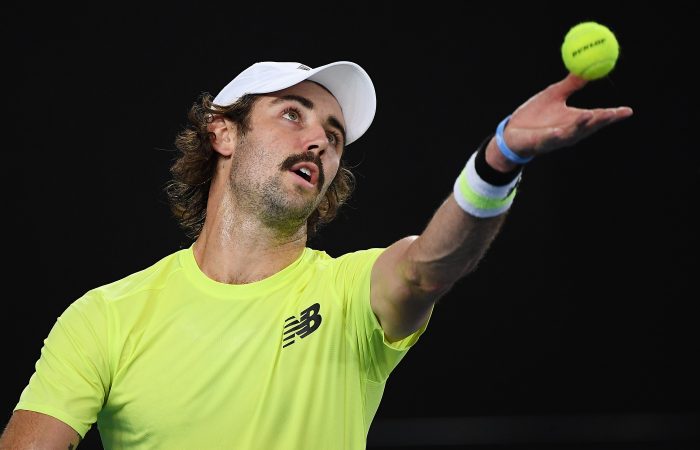 There are many different lessons we can learn from watching Australia’s top-ranked players. Some of our quiet achievers set fine examples, as they demonstrated in 2020 with their exceptional work ethics and determination to improve.

The hard-working 26-year-old from Sydney finished the 2020 season at world No.51 – his highest-ever year-end rank.

A first Grand Slam fourth round appearance was a highlight, with Thompson enjoying a deep run at the US Open. Other season highlights included two top-25 wins, beating John Isner and Borna Coric, and also testing top seed Rafael Nadal in the Paris Masters 1000 third round in November.

“He played well, so I give credit to him,” Nadal said after that match.

Thompson’s exemplary work ethic was evident during the tour suspension, a period he treated as a “six-month training block”.

“I think it’s pretty important to do all the work off-court and get your body right by doing all the one percenters,” Thompson says of his approach.

“Going out there feeling good is very underrated. If you don’t do the work, you feel unprepared. Preparation is huge.”

Lesson: Be patient with development

Maddison Inglis soared to a career-high ranking of No.112 in early 2020 after claiming back-to-back Australian Pro Tour titles.

The 22-year-old from Perth made her US Open and Roland Garros debuts later in the season – her first Grand Slam main draw appearances since winning the AO Wildcard Play-off as a 17-year-old in late 2015.

“Obviously it’s a really long journey being a tennis player,” Inglis says. “I did well when I was a bit younger. I played the Australian Open when I was young and while I appreciated the opportunity at the time, (it was) nowhere near as much as I appreciate it now.”

Admitting she felt too much pressure to succeed early in her career, Inglis’ focus is now on long-term development and enjoying the process.

“If you want to make it a long, fun and successful career you’ve got to enjoy it,” she says. “There’s no rush, the stat is that you peak in your late 20s.”

MORE LESSONS FROM THE PROS: Shining examples from 2020

The 23-year-old enjoyed a breakthrough season at Grand Slam level. He scored his first major main draw singles win at the Australian Open, made his US Open debut and recorded his first top-50 win to reach the second round at Roland Garros.

“Now I can build on this and push that ranking towards the top 100,” Polmans says. “My coaches have been telling me my game is there. Now it’s up to me to believe that – and I do.”

The diligent Melburnian also noted the importance of self-belief during the tour shutdown, investing time into building his mental strength when on-court opportunities were limited.

“I think belief is a pretty big part of tennis,” he says.

Lesson: A positive attitude is key

Storm Sanders set a new career-high doubles ranking of No.62 in 2020.

The 26-year-old is also quietly rebuilding her singles ranking, rising almost 150 places in the past year to world No.283. Sanders advanced to the second round of Australian Open singles qualifying and scored her first WTA main draw win since 2014.

“When I stopped playing singles two years earlier, I just wasn’t enjoying it at all. So I wanted to get out there and enjoy it again, to create some good memories of playing singles,” Sanders says of resuming her singles career in October 2019.

“I went out there and actually started playing really well. I was clear with what I was doing on court. I was relaxed and enjoying it so much, which I think the results show.”

Her more mature outlook also helped her cope with the COVID-19 challenges.

“Obviously there was a lot of things that were out of our control all year. I tried to focus on what I can control and my attitude,” Sanders says.