The ATP Tour year-end rankings are out for 2020 – and for the third consecutive year, Alex de Minaur is the top-ranked Australian man. 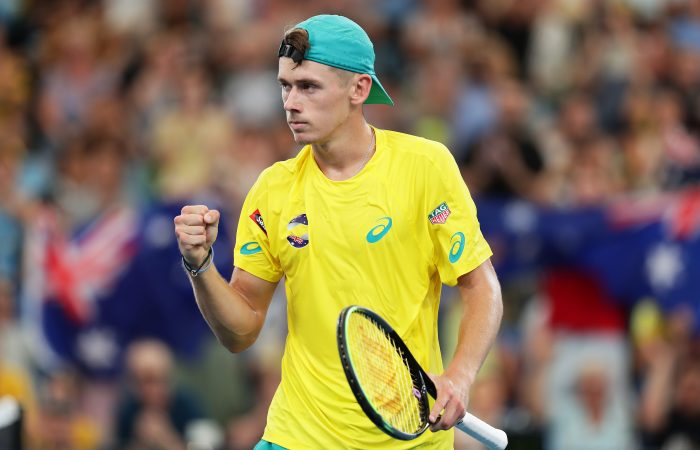 Alex de Minaur is Australia’s top-ranked man in the ATP Tour’s year-end singles rankings. It is the third consecutive season he has achieved this feat.

The 21-year-old De Minaur finishes the 2020 season at world No.23. His highlights include leading Australia into the ATP Cup semifinals and reaching a first Grand Slam quarterfinal at the US Open.

John Millman is Australia’s No.2-ranked man. The 31-year-old, who won his first ATP title in Nur-Sultan in November, ends the season inside the world’s top 50 for a third year in a row.

The ATP rankings are traditionally based on a 52-week system, however a revised format that counts results from March 2019 to November 2020 was introduced due to the global COVID-19 pandemic. This means players’ best results within this extended period now count towards their ranking, taking into account the five-month tour suspension and ongoing safety concerns that restricted competition opportunities during the 2020 season.

These changes have helped Nick Kyrgios record his sixth consecutive top-50 season finish. The 25-year-old played only three tournaments in 2020, choosing not to travel internationally when the tour resumed in August.

John Peers is the top-ranked Australian doubles player at season-end for a sixth consecutive year.

The 32-year-old won three ATP titles in a new partnership with New Zealand’s Michael Venus in 2020 and qualified for the season-ending ATP Finals for the fifth time in his career. Ranked No.28, it is Peers’ eighth consecutive year-end top-50 finish.

Luke Saville and Max Purcell, the Australian Open 2020 finalists, have recorded their first top-50 finish. Both are at career-high rankings after their sensational breakthrough this season.