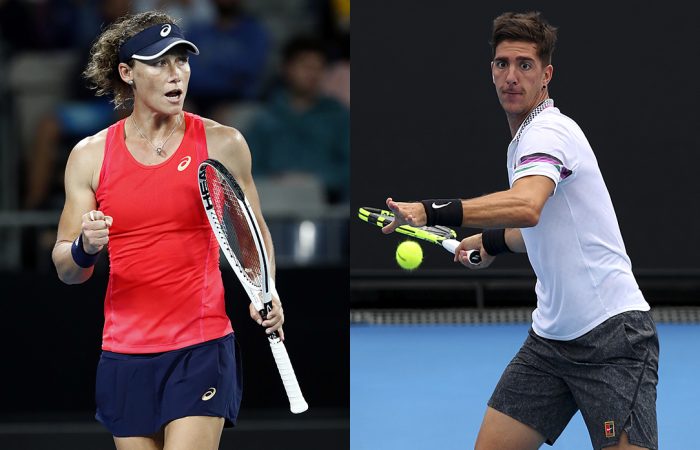 Sam Stosur and Thanasi Kokkinakis will make their competitive returns at a UTR Pro Tennis Series event in Melbourne this week.

Stosur, the US Open 2011 champion, has not played since March. The 36-year-old has spent the past eight months in Melbourne, relishing family time after the birth of her daughter in June.

Kokkinakis has been sidelined even longer, missing the Australian summer due to a serious bout of glandular fever. The 24-year-old’s last competitive appearance was at an ATP Challenger in America in September 2019.

They feature among a 14-player field for this week’s UTR Pro Tennis Series event, played at the National Tennis Centre. It is the first professional tennis tournament held in Victoria since June.

Former world No.20 Daria Gavrilova is the top seed in the women’s draw. The 26-year-old, who made the second round at Roland Garros last month, returned from a 12-month injury lay-off in September.

Stosur, Kokkinakis and Gavrilova have all been national representatives, including at the Olympic Games.

The round-robin event begins today and concludes with finals on Thursday. Strict biosecurity measures are in place to ensure the safety of players, including no fans on site.

All matches are streamed live on the Tennis Australia YouTube channel.

More UTR Pro Tennis Series events are planned for Sydney, Brisbane and Melbourne over the next month, providing an opportunity for Australia’s top-ranked players to compete for $297,500 in prizemoney.