Grand Slam champion Sam Stosur writes about life in lockdown in early 2020, becoming a mother and what her future holds. 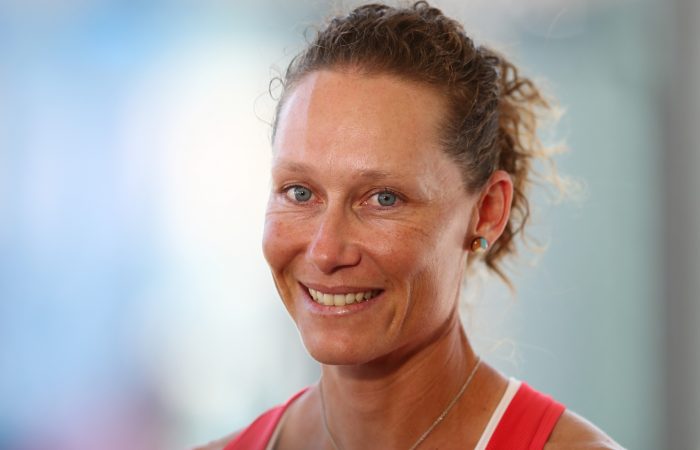 I knew 2020 was going to be a memorable year – but it has definitely turned out to be a lot different than expected.

Scheduling was proving my biggest challenge early in the season, as my partner was pregnant and our first baby was due in June. I was planning to play in the United States in March and April, then I had six days back at home in Australia before heading to Europe for the clay-court season. After Paris, my plans were a bit up in the air as to when I would return to the tour after our baby was born. With so many variables to consider, I was going to wait and see as to when I would return. You just do not know what is going happen – which turned out to be very true.

I was already in Indian Wells in March when the tournament was cancelled due to the COVID-19 pandemic. Initially when I got back to Melbourne, I was just enjoying being home. As tennis players we are rarely home, so it was actually kind of nice – albeit not being able to see your friends or family.

Probably about three weeks into isolation, I remember going to the shops. I was having a bad day and just started crying as I walked into the supermarket. I was thinking ‘oh my god, what is wrong with you?’ Everything had hit me and I was just like ‘I hate this’.  I’m sure it was the same feelings that a lot of other people had too. Life in isolation was tough and took some getting used to. Like everyone, I had times where I was certainly just over it. I just had to get past that hurdle and get on with it.

Overall, I think I coped pretty well considering. Having a baby on the way was a nice distraction and made being home a real positive for me. We did a lot of our baby shopping much earlier than we had planned because we did not know what was going to happen and whether all the shops would close due to the pandemic. There was plenty to keep me busy.

I kept up my training pretty well too. I did not hit for a few weeks when I first came home but I was still doing two fitness sessions a day. When gyms closed, it was certainly an adjustment. I had not spent that long out of a gym since I started training properly in my late teens. I had a few different programs from my trainer that I was able to adapt slightly and do from home. Tennis Australia was great and let athletes take home bits and pieces from the National Tennis Centre gym too.

At the start, it was a bit different and fun to brainstorm new ways of training. I had a bike as well and I went running more than I had been for many months. I certainly had enough to keep me busy, but my motivation did wane at times. Sometimes it was easy to go out to the backyard for a session, other times I would think ‘nah, I can’t really be bothered’. I missed being able to get in the car and drive somewhere with the purpose of working out. I did well at sticking with it, but there were times when it got a bit boring. Although I did my best to vary exercises and programming, there is only so much you can do in your own backyard and by yourself. It tested me in new ways.

When public tennis courts in Victoria closed, I would visit Arina Rodionova twice a week to hit on her backyard court. We did some Instagram Live stories, played some games, challenged each other to hit targets and heckled each other often. Not the usual practices we would normally have, but the purpose of it was to keep our eye in and enjoy playing some tennis for fun. It reminded me how much I just enjoyed hitting. That can get lost sometimes when you are worried about tournaments and all the other pressures.

In terms of the biggest challenges I have faced in my career, the COVID-19 pandemic is definitely up there. From any tennis player’s point of view, no matter what stage of your career you are in, it has been difficult. For young players trying to make their mark on the tour or those just coming out of juniors, it must have been hugely challenging wondering when they will get their chance to start their career. For players like myself at the end of our careers, you do not know how much longer you have left to compete. To lose months and months off the tour, that is a lot of time lost in one’s career.

It has occasionally been a little bit daunting at times, too, when you start wondering about all the different questions that you cannot answer: ‘How long is this going to last? When am I going to feel good about travelling again?’

At times, it has still certainly been a big challenge to stay positive. I’ve really focused my energy to reframe the whole situation in a positive way though. I have been reminding myself that everyone is in the same boat, so this is a chance for me to refresh and actually take some real time out. This could actually prolong my career and I might end up playing longer than I could have had this not happened.

Who knew a pandemic was coming? It is something that is out of everyone’s control and it has hamstrung us all. It proves you have to make the most of the opportunities you do have, because you never know what life can serve up.

My singles ranking is still in the top 100, which is great because it means I can play the Grand Slams. Before COVID-19 happened, I was really succeeding in doubles and am in the top 30. I guess you could say it is a crossroad in my career where I might soon need to make a decision about what becomes more of a priority. However, for now my motivation is to get my ranking in both events as high as they can be so that I can keep playing all the big tournaments against the best players in the world. Ultimately, you want to be on the bigger stages and enjoying playing your best tennis.

I turned 36 in March, but the fact that I still enjoy playing is motivation enough to keep going. Too many past players and athletes have said that once you are done as a professional athlete, you can never replicate those amazing feelings and emotions you get on court and that satisfaction when competing at such a high level. While I have the chance, I want to enjoy it as much as I can.

Qualifying for my fifth Olympic Games was a big motivation for 2020. Understandably it had to be postponed, but it was still a real kick in the guts when it happened. It is not easy to qualify, so to be so close and then have to start again next year is tough. But I’m planning to play on again next year, so hopefully I will be able to qualify.

Our daughter Genevieve, who we have nicknamed Evie, was born in mid- June. To be home for most of the pregnancy and her birth has been an incredible highlight of this year (and my life!). The bonus is I have not had to worry about missing events or training to enjoy this family time. It is definitely a positive to come out of this, it has been sheer luck with the timing of it all too. Life has been busy since Evie was born, but Liz and I love our new role as parents.

I’m not planning to compete at the US Open this year. I have so many special memories at the tournament, but with everything that is going on I do not want to travel to New York and then have to quarantine for two weeks in a hotel when I get home. My plan at this stage is to take the rest of the year off to spend time with my family and watch Evie grow and enjoy all those moments that are so special. I’ll then prepare and start playing again in January. This forced time off has only proved to me how much I do love tennis and that it is still what I want to do. My story is not finished yet.

> To read Stosur’s full article, where she reflects the importance of resilience and the biggest challenges she has faced in her career, see the August-September edition of Australian Tennis Magazine.