Alex de Minaur and Jordan Thompson commence their campaigns on the opening day of the ATP Paris Masters 1000 event, where six Australian men are in action. 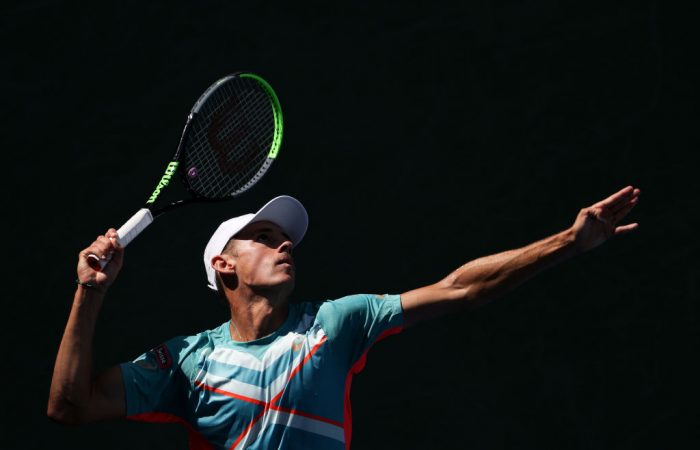 Australian players will aim to continue some stellar recent form at this week’s Rolex Paris Masters.

Among six players competing in singles and doubles draws, five are champions or finalists in the last two tournaments they contested.

Alex de Minaur is the highest-ranked singles member of that group, the world No.25 a runner-up at the recent European Open.

Jordan Thompson will also take to the courts tonight at the Paris Masters, which is a spectator-free event in 2020 due to  COVID-19 lockdowns in the city.

The 61st-ranked Sydneysider faces another qualifier, Federico Delbonis. Thompson defeated the world No.78 Argentine in their only other match at Indian Wells last year.

John Millman, the third Australian male in the singles draw, will aim to maintain momentum from a first career title at the Astana Open in Kazakstan.

The Aussie defeats Adrian Mannarino 7-5 6-1 to lift a first ATP trophy at the #AstanaOpen in Kazakhstan. #GoAussies pic.twitter.com/69Qq1AZI39

The 31-year-old from Brisbane faces Miomir Kecmanovic in his first match in Paris.

Millman defeated the Serb, ranked world No.42, in their lone previous meeting at Budapest last season.

After combining to reach a second doubles final for 2020 in Nur-Sultan, Max Purcell and Luke Saville retain their chances of qualifying for the season-ending ATP Finals in London.

The Australian duo face Austin Krajicek and Franko Skugor, from USA and Croatia respectively, in the first round in Paris.

John Peers and New Zealander Michael Venus, who have combined to claim a tour-leading three titles in 2020, receive a first-round bye by virtue of their No.7 seeding.

After wins in Dubai and Hamburg, Peers and Venus most recently claimed the European Indoor doubles title to maintain an unbeaten record in finals.

De Minaur is contesting the doubles with Brit Dan Evans.