Alex de Minaur and John Peers continue their winning runs at the European Open in Antwerp. 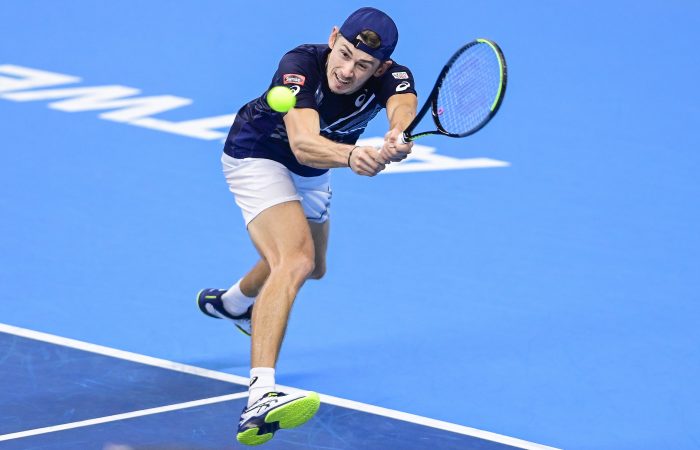 Alex de Minaur has charged into the quarterfinals in Antwerp.

The world No.29-ranked Australian needed only 77 minutes to overcome Spanish veteran Feliciano Lopez in the second round.

De Minaur recorded a 6-4 6-2 win to advance to his second quarterfinal of the season. He faces either top-seeded Belgian David Goffin or American qualifier Marcos Giron next.

Australian John Peers continued his good form on the doubles court. Alongside New Zealand’s Michael Venus, the second-seeded duo moved into the semifinals with a 6-3 6-4 win over Italian Simone Bolelli and Argentina’s Maximo Gonzalez.

Peers and Venus have now made the semifinals in four of their past five tournaments, boosting their chances of qualifying for the season-ending ATP Finals next month.

World No.7 Alexander Zverev has defeated Australia’s John Millman in the second round of an ATP tournament in Cologne.

Millman put up a gallant fight, recovering from a slow start that saw him win only four points on serve in the opening set. The No.44-ranked Millman only faced one break point in the final two sets, heaping the pressure back on the local favourite.

A confident Zverev served out victory after almost two hours on court, sealing a fifth consecutive win of the indoor hard-court swing.