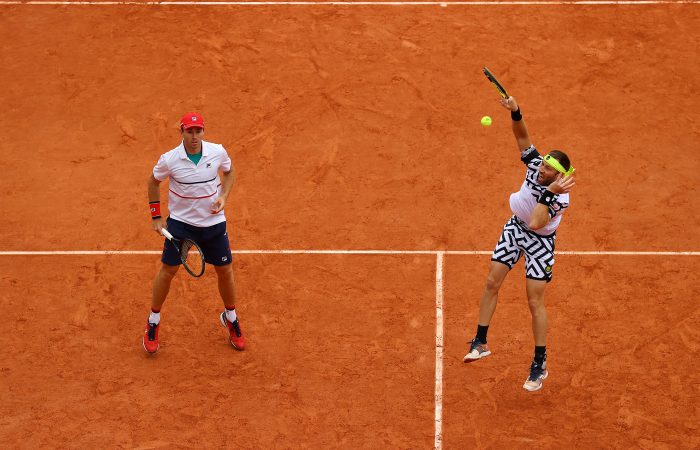 Australian John Peers and New Zealand’s Michael Venus are through to the semifinals at an ATP tournament in Italy.

Peers and Venus saved all nine break points they faced, helping them secure victory in 51 minutes.

It sets up a final-four showdown with third seeds Marcus Daniell of New Zealand and Austrian Philipp Oswald in the clay-court tournament.

Peers and Venus have now made the semifinals in three of their past four tournaments and are looking to win a tour-leading third title of the season.

John Millman and Jordan Thompson have advanced to the doubles quarterfinals at an ATP tournament in Germany.

The Australian duo received a walkover in the opening round, with Lithuanian Ricardas Berankis withdrawing due to a lower back injury.

The Davis Cup team-mates, who are teaming up for only the second time in their careers, play second-seeded French duo Pierre-Hugues Herbert and Nicolas Mahut in the quarterfinals.

Australian Open finalists Max Purcell and Luke Saville have lost in the opening round of an ATP 500 tournament in St. Petersburg.

Australia’s Aleksandar Vukic is into the quarterfinals of an ATP Challenger tournament in Alicante.

The 24-year-old from Sydney posted a 6-1 6-1 victory against Spanish qualifier Inigo Cervantes in the second round.

The No.186-ranked Vukic has not dropped serve yet in this clay-court tournament, continuing the impressive form that helped him qualify for Roland Garros.