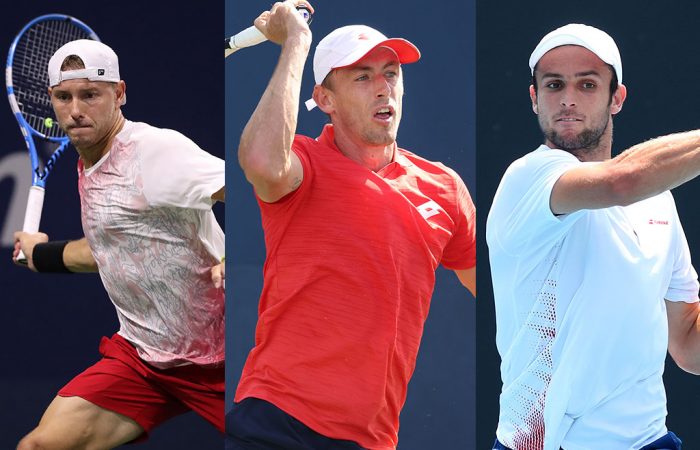 John Millman is ready to battle on day two of Roland Garros.

The No.43-ranked Australian faces Spaniard Pablo Carreno Busta, who made the US Open semifinals earlier this month, in the opening round in Paris.

“I’m predicting long rallies, hard-fought games and not too many free points on serve,” Millman told AAP. “But that’s the kind of tennis I enjoy.”

While the 31-year-old from Brisbane is looking for his first main draw win in Paris, his No.18-ranked opponent is a former Roland Garros quarterfinalist.

“In all honesty, it would have been nice to have a slightly better draw,” said Millman, who has drawn a seeded opponent in the opening round in Paris for a fifth consecutive year.

“He’s one of the in-form players right now and playing him on the surface he’s comfortable on. But that’s tennis – you take the good draws with the bad and this one’s going to be a battle.”

Victory will see them join Aussie women Astra Sharma and Daria Gavrilova in the second round. The 25-year-old Sharma scored a career-best Grand Slam win to advance on day one, while 26-year-old Gavrilova posted her biggest win at a major in three years.

[Q] Aleksandar Vukic (AUS) v [Q] Pedro Martinez (ESP)
Men’s singles, first round, Court 5, first match (7pm AEST start)
In his Grand Slam debut, 24-year-old Vukic faces a fellow qualifier. The No.193-ranked Australian can take confidence from his qualifying performance, where he defeated three higher-ranked opponents to earn his place in the draw. The 23-year-old Martinez, who has qualified at Roland Garros for a second consecutive year, is ranked No.105 and also looking to record his first main draw win in Paris. This is their first career meeting.

James Duckworth (AUS) v Tommy Paul (USA)
Men’s singles, first round, Court 4, second match
Making his fifth Roland Garros main draw appearance, Duckworth faces a 23-year-old American in career-best form. The No.58-ranked Paul, who reached the Australian Open third round earlier this year, won the Roland Garros boys’ singles title in 2015. The No.90-ranked Duckworth, who set a career-high ranking of No.71 in February, is looking for his first main draw win in Paris. This is their first career meeting.