It has been a challenging 12 months for Daria Gavrilova, but the Australian is excited to make her tour return. 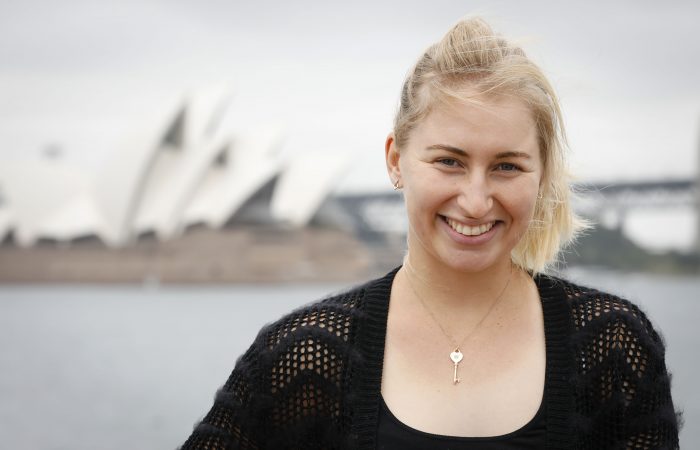 Daria Gavrilova has just played – and won – her first professional match in over a year.

A battle with plantar fasciitis, as well as ongoing Achilles tendonitis, sidelined the former world No.20 following last year’s US Open.

After sitting out the Australian summer, Gavrilova was preparing to return when the COVID-19 pandemic shutdown professional tennis.

The 26-year-old, who lives in Melbourne with fiance and Australian Open 2020 doubles finalist Luke Saville, is now making her competitive comeback in France this week.

Gavrilova, who is currently ranked No.251, scored a 6-2 6-3 win against American Ingrid Neel in the first round of qualifying at an ITF tournament in Cagnes-Sur-Mer.

Although Gavrilova is competing at ITF level for the first time since May 2015, it is a positive first step in her comeback.

Gavrilova’s debilitating foot injuries had not only restricted her trademark athleticism throughout the 2019 season, they also dampened her competitive spirit.

“Even though I was able to play through pain (in 2019), it all got a little too much for me and my motivation wasn’t there anymore,” Gavrilova revealed on social media last September.

But 12 months on, Gavrilova is feeling healthy and happy again.

“My last year was so bad, I’m not going to lie, that this year feels better,” admitted Gavrilova, who will use a protected ranking of No.104 to contest the French Open later this month.

While healing her injuries, Gavrilova also embarked on a wellbeing journey.

In a candid conversation with the Tennis.com Podcast, Gavrilova revealed she had completed The Science of Well-Being course through Yale University. She described the online course as “fascinating”.

“People don’t actually know what makes them happy in life,” she explained of what she learned.

“All the things we want, we don’t actually need.

“What we think will make us happy is a good job, lots of money, lots of stuff, true love, the perfect body – but it actually doesn’t.”

After learning kindness, social connection and mind control are more important, Gavrilova is now incorporating these into her daily routine.

She has tried meditation – “but I struggle” she admits – so has embraced drawing and clay sculpting as new ways to practice mindfulness.

Need some motivation to get active? @Daria_gav takes us through her 6 minute stretching routine she does at home and before workouts!

Adopting a growth mindset has helped too.

“Rather than going ‘I want to be the best tennis player in the world and win all the tournaments possible’, when the reality is you won’t win every tournament, my focus is on getting better on the tennis court or in the gym rather than always being results orientated,” Gavrilova explained.

Learning to look back to recognise progress, instead of only focusing on future goals, has changed her perspective as well.

“Remembering that makes you appreciate where you are right now a lot more. That applies to any job,” Gavrilova reasoned.

With this more positive outlook, the former world No.1-ranked junior’s motivation is no longer lacking.

“I feel like this course did make me happier. I started enjoying tennis more,” she said.

Already boasting 11 top-10 wins in her career, Gavrilova has proven she can challenge the world’s best. Now armed with a deeper appreciation and maturity, she is returning as an improved athlete in many different ways.

Gavrilova faces No.532-ranked Russian Ekaterina Makarova in the final qualifying round tonight. Another win will see her join fellow Aussies Maddison Inglis and Lizette Cabrera in the main draw.