Aleksandar Vukic makes a winning debut in Roland Garros qualifying - but he had to save two match points to defeat Spain's Carlos Alcaraz. 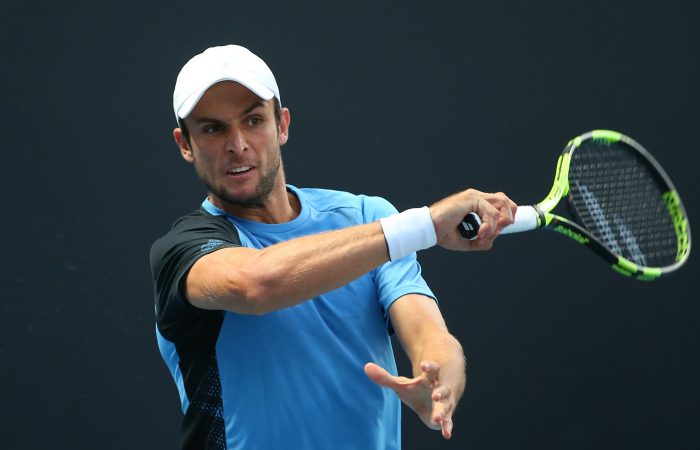 The 24-year-old from Sydney recovered from a 4-6 3-5 deficit against Spain’s Carlos Alcaraz, saving two match points in the ninth game of the second set.

From the brink of defeat, Vukic fought back to post a 4-6 7-6(5) 6-3 win and move into the second round of the men’s singles qualifying draw.

The 190-ranked Vukic hit six aces and 23 winners in the two hour and 15 minute battle. His 17-year-old opponent, who is coached by former world No.1 and Roland Garros 2003 champion Juan Carlos Ferrero, had amassed a 13-2 win-loss record on clay in recent weeks to skyrocket to a career-high ranking of No.186.

Vukic next faces No.141-ranked Indian Prajnesh Gunneswaran. It is his first career meeting against the 30-year-old.

Christopher O’Connell and Alex Bolt both lost their opening round matches.