Four Australians progress in Rome, but John Millman exits in the second round of the men's singles competition. 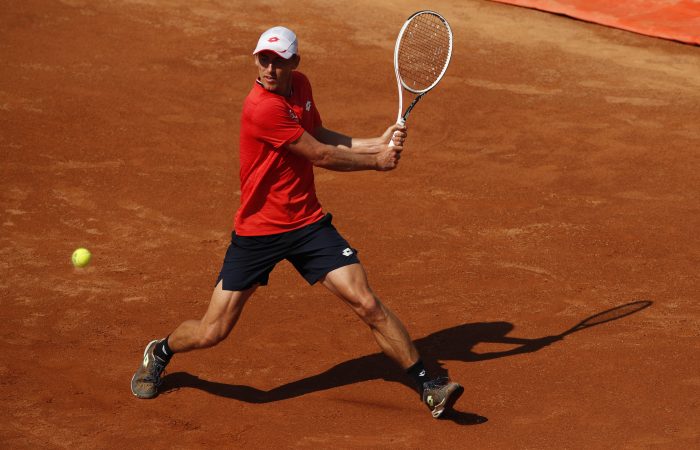 Australian players are starring on the doubles court in Rome this week.

This is the fourth consecutive year that the 32-year-old Peers has advanced to this stage in Rome, with a semifinal exit in 2017 his best result.

Aussie duo Luke Saville and Max Purcell are also through to the quarterfinals after posting a 2-6 6-3 [11-9] win over Argentine combination Maximo Gonzalez and Diego Schwartzman.

This is the 26-year-old Saville and 22-year-old Purcell’s best tour-level result outside their Australian Open final run earlier this year.

Arina Rodionova and American partner Asia Muhammad are into the women’s doubles quarterfinals. They upset second seeds Timea Babos of Hungary and Zhang Shuai of China 6-4 2-6 [10-5].

It is the 30-year-old Rodionova’s best doubles result at Premier-level or higher since making the Australian Open quarterfinals in 2016.

There are no Australians left in the singles competition, with John Millman eliminated in the second round overnight.

Eighth-seeded Diego Schwartzman recorded a 6-4 7-6(1) win against the No.43-ranked Millman. The No.15-ranked Argentine saved a set point at 4-5 in the second set, before winning the final seven points of the match in a dominant tiebreak.

Daria Gavrilova and Lizette Cabrera are into the quarterfinals of an ITF tournament in Cagnes-Sur-Mur.

Cabrera advanced via a walkover from France’s Elsa Jacquemot, while Gavrilova won a two-hour and 36-minute battle against France’s Clara Burel.

The former world No.20-ranked Gavrilova scored a 4-6 6-4 6-3 victory – her fourth consecutive win in her first tournament in more than 12 months.