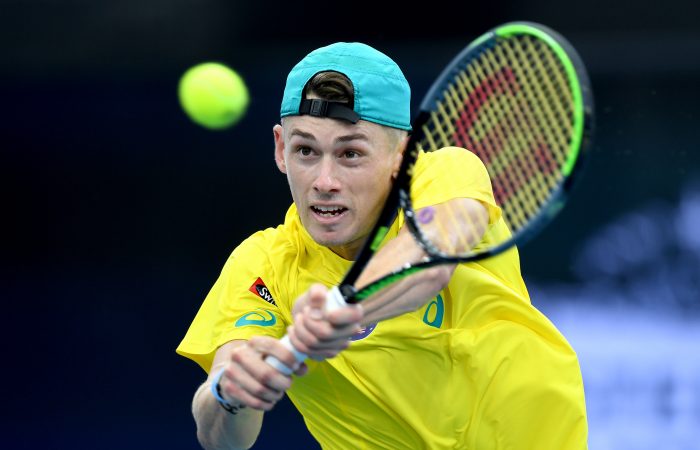 Alex de Minaur has a set a new career milestone in his first ATP tournament in over five months, advancing to his first doubles final.

The 21-year-old Aussie and Spanish partner Pablo Carreno Busta are through to the Western & Southern Open final after posting a 7-5 6-4 victory over American wildcards Steve Johnson and Austin Krajicek in New York today.

Neither De Minaur or Carreno Busta faced a break point on serve in the 69-minute semifinal. Their victory sets up a final showdown with British pair Jamie Murray and Neal Skupski.

De Minaur’s previous best doubles results on tour were semifinal appearances at Washington with John Peers and at ‘s-Hertogenbosch with Spain’s David Vega Hernandez, both in 2019. At ATP Masters 1000 level, he had never previously progressed beyond the second round.

READ: Who do the Aussies play at the US Open?

De Minaur’s doubles ranking is projected to improve to inside the world’s top 75 with this week’s breakthrough performance. If he wins the title, it would propel him into the top 60. He entered the tournament with a career-high doubles ranking of No.130, achieved earlier this year in March.