Find out who the Australian players face in the opening round of the US Open in 2020. 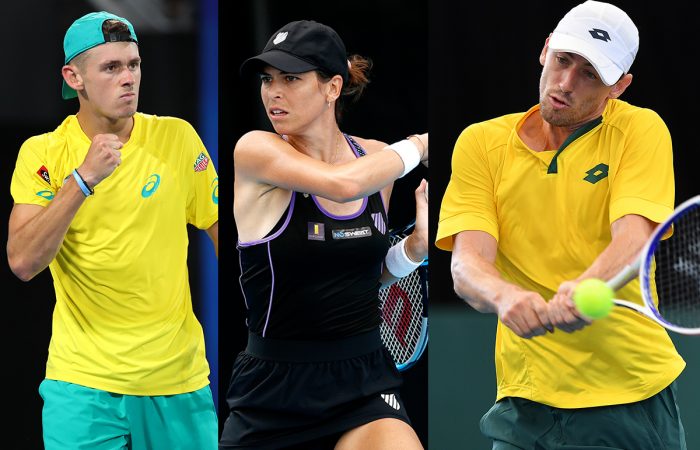 The draw for the US Open, which begins on Monday, was announced overnight. There was mixed fortunes for the six Australian men and four Australian women in the singles competition.

Top-ranked Aussie Alex de Minaur is the No.21 seed. The 21-year-old begins his campaign in New York against No.95-ranked Slovakian Andrej Martin.

For the second year in a row, US Open 2018 quarterfinalist John Millman has drawn a seeded player in the opening round. The 31-year-old, who lost to eventual champion Rafael Nadal in last year’s first round, meets No.22 seed Nikoloz Basilashvili.

Marc Polmans, who is making his US Open main draw debut, and Jordan Thompson are in the top half of the draw. All other Aussie men feature in the bottom half.

All four Australian women landed in the top half of the singles draw and will play higher-ranked opponents in the opening round.

Three Aussie women will face seeded players, with Ajla Tomljanovic drawing former world No.1 and US Open 2016 champion Angelique Kerber. Although the 32-year-old German is yet to play any warm-up tournaments in the tour’s return, she won her only previous meeting against Tomljanovic at the French Open in 2015.