From the clubhouse: A lifelong connection

While Merv Guse is handing over the Brisbane tennis centre he established 43 years ago, his influence on countless players and coaches is certain to endure. 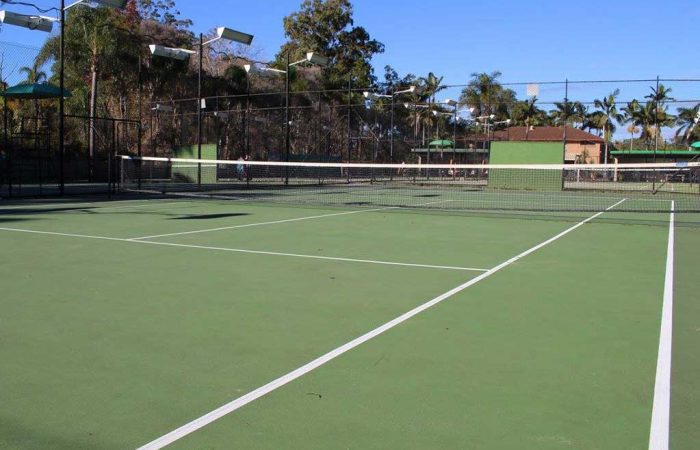 While tennis is widely known as a sport for life, there are few individuals who prove that mantra as convincingly as Merv Guse.

The 80-year-old from Brisbane has not only enjoyed an enduring connection as a player but through a life-long commitment, has also ensured countless others thrive in the game.

This week, Guse hands over the Pine Country Tennis Centre that he and wife Lola established in the Brisbane suburb of Joyner in 1977.

“This was at the time of a worldwide boom in tennis, America was going crazy with tennis and so was the rest of the world,” Guse relates.

“Everywhere you went in Queensland and Australia, you saw new courts and tennis centres going up. They’ve all vanished now and mostly gone for development basically. But we survived for 43 years.”

> State of the Game: A Sunny Outlook for Queensland

The longevity is particularly impressive given the tentative early years. Pine Country began as a single court facility and as Guse explains: “We ended up with four courts in a matter of 12 months, but we weren’t certain it was going to be a surviving thing.”

That four courts – two hard courts and two synthetic grass – have endured for more than four decades is testament to the hard work that both he and Lola have invested in building their family business. “We’re survivors, that’s true,” Guse agrees.

For Guse, the value of an accessible tennis facility was always clear. The Queenslander’s own start in the game began with a family home located within 100 metres of tennis courts at the end of the street.

“My father never played tennis in his life before then, but he decided that some of us should go and have a game of tennis down there,” says Guse. “That’s how he got started. My mother and my father and myself. We played every Sunday in a social way.”

And so began a lifelong connection to the sport, with some of Guse’s fondest memories achieved alongside his “good mate” and multiple Grand Slam doubles champion Ken Fletcher.

“In juniors, we won a lot of doubles titles together in the 1950s,” Guse relates, who also competed against Rod Laver several times.

Fast forward more than half a century, and Guse’s impact on the sport is vast.

While he “couldn’t even guess” the number of players he’s coached since gaining qualifications in the 1960s, the Brisbane local easily relates that “I’ve been coaching every day, six days a week, for a lot of years.”

There has also been a role in managing Queensland teams that included Pat Rafter and Josh Eagle, with world No.1 Ash Barty also among the many prominent names who have played on the Pine Country courts.

It’s the family connection, however, that undoubtedly provides Guse with the most pride. Daughter Lorrae, was a No.1 Australian junior, while his niece Kerry-Anne peaked at world No.62 in singles on the WTA Tour.

Lorrae will maintain her long coaching connection to Pine Country, with grandson Nickolas also returning from a four-year coaching stint in Hong Kong to join the new team.

With the family home also located at the Brisbane tennis institution, Guse admits “I think I’ll be lost” in his retirement.

“We’re so used to seeing people every day and you get to know them pretty well. You always have a chat. They’re like family sometimes,” he says.

But with a new home located just a 10-minute drive away, those connections are certain to stay strong.

Over the years, Pine Country has welcomed everyone from beginning juniors (Guse happily relating that some “start up when they’re six or seven and are still here when they’re 17 or 18 years of age”) to veterans in their 60s and 70s.

And all of them have benefited from the “game for life” philosophy that the centre has proudly showcased for more than 40 years.

“I always say if you can play tennis and you want to go overseas somewhere and can’t speak the language, all you’ve got to do is wave a tennis racquet around and you’ll make a new friend.”

> The Court is Calling: Aussies out to play