As the WTA Tour resumes after a five-month break, we look at the 2020 season so far for our top-ranked Aussie women. 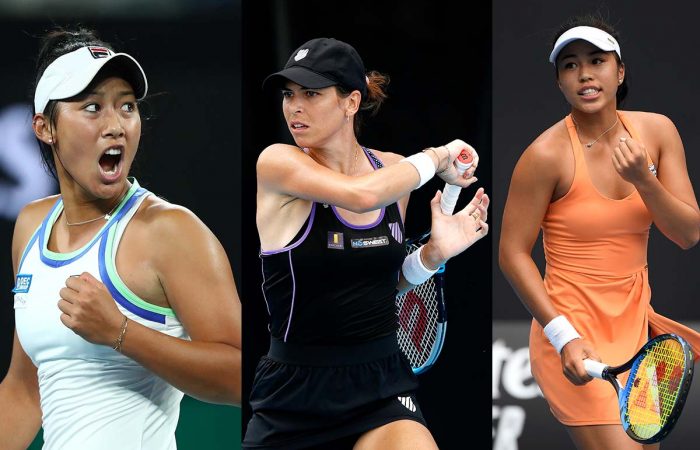 Excitement is building as Aussie players prepare for their competitive return. For some of our top-ranked women it has been months since they have played tournaments, while others are looking to build on momentum gained in recent exhibition events.

ASH BARTY
Ranking: No.1
Win-loss: 11-3
Barty won the inaugural Adelaide International in January and became the first local woman to reach the Australian Open semifinals in 36 years. The 24-year-old also reached the Doha semifinals in February. The world No.1, who has spent the tour shutdown at her Queensland home, has opted not to compete in America this month. “It was a difficult decision but there are still significant risks involved,” says Barty of delaying her tour return. She is undecided on whether she will compete in Europe and defend her Roland Garros title later this year.

AJLA TOMLJANOVIC
Ranking: No.56
Win-loss: 5-7
The 27-year-old is based in America, so has not had to travel far to make her competitive return in Lexington this week. Tomljanovic, who matched a career-best result to reach the Australian Open second round earlier this year, has stayed active during the tour shutdown. The Florida-based Tomljanovic has played in a number of exhibition events in America, most recently taking part in World TeamTennis. “I think we’ve all missed what we’ve known for all of our lives,” she says of her return to court.

SAM STOSUR
Ranking: No.97
Win-loss: 1-4
Victory against world No.18 Angelique Kerber at the Brisbane International was a perfect season start, marking Stosur’s best win on Australian soil in four years. The 36-year-old plans to sit out the rest of the 2020 season to spend time with her partner and their new daughter, who was born in June. “(I want) to spend time with my family and watch Evie grow and enjoy all those moments that are so special. I’ll then prepare and start playing again in January,” says Stosur.

MADDISON INGLIS
Ranking: No.117
Win-loss: 11-3
Winning consecutive Australian Pro Tour titles in February boosted Inglis to a career-high ranking of No.114 in March. Her good form continued at the UTR Pro Tennis Series, winning two titles in Brisbane last month. With her confidence growing, Inglis is looking forward to making her US Open main draw debut. “It’s obviously weird circumstances, and it’s going to be pretty different to a normal Slam, but I mean, it’s a main draw of a Slam so it’s an amazing opportunity,” the 22-year-old says.

ASTRA SHARMA
Ranking: No.126
Win-loss: 5-6
Sharma made an impressive breakthrough in 2019, reaching a first tour-level final and rising to No.85 in the rankings. She made a slow start to her 2020 season though, winning one match in her first four tournaments. Her form was improving when the tour was suspended in March, having just recorded her first top-100 win in six months. The 24-year-old has spent the past few months training in Perth, often under the watchful eye of Australian Fed Cup captain Alicia Molik.

LIZETTE CABRERA
Ranking: No.127
Win-loss: 5-6
Cabrera set a career-high ranking of No.119 in February, shortly after scoring two top-70 wins to reach the Hobart International quarterfinals. The 22-year-old proved she had trained hard during the break at the recent UTR Pro Tennis Series in Brisbane, winning one title from three final appearances. “It definitely gave me a newfound appreciation for tennis and everything that is connected to tennis,” Cabrera says of her recent time off tour. “I’m really happy to be out on court and happy that tournaments are starting again.”

PRISCILLA HON
Ranking: No.132
Win-loss: 3-5
A career-first Australian Open main draw win was an early season highlight for Hon. The 22-year-old, who set a career-high ranking of No.118 in October last year, has spent the past few months at her Brisbane home and training at the Queensland Tennis Centre. However, injury will delay her tour return. “Unfortunately I’ve hurt my hip and won’t be able to play and compete for the next couple of months,” Hon tweeted earlier this month.

ARINA RODIONOVA
Ranking: No.155
Win-loss: 10-8
Rodionova made a sensational start to the season. The 30-year-old scored three top-100 wins at the Adelaide International in January, including a straight-sets win over former US Open champion Sloane Stephens. A first Australian Open main draw win followed. When the tour suspension curbed this momentum, Rodionova offered private tennis coaching in her Melbourne backyard. She has spent the past month playing World TeamTennis in America alongside Venus Williams.