Destanee Aiava: More determined than ever

Amid the challenges that Destanee Aiava has faced in 2020, there has been some important lessons too. 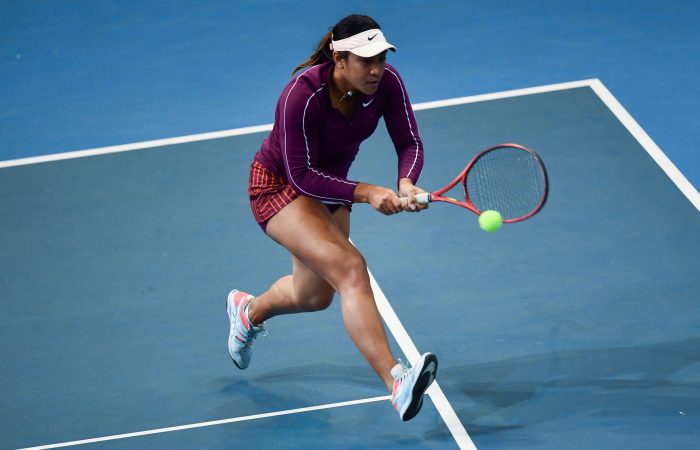 A disrupted 2020 season has served up many lessons for Destanee Aiava. Among them is a reminder of how much she simply enjoys competing.

The 20-year-old admits she now has a greater appreciation for her life as a professional tennis player.

“I did take it a little bit for granted, especially being able to play so many tournaments during the year,” she told tennis.com.au.

“I didn’t realise how important it was for me to just compete consistently because this is our livelihood. We do not earn much money outside playing tournaments. I just found a newfound appreciation for being able to compete and being healthy.”

Although the suspension of professional tennis has proved challenging, the world No.199 has relished the chance to spend more time with family.

“I’ve really enjoyed this time off, just staying in one place for a while. When I’m travelling I don’t get much time at home. It’s been really nice,” Aiava said.

“I struggled at the start when it first happened, when it was like March and April, just because I was a bit out of routine. I wasn’t really sure what was going on. But once I got that routine again, it just felt good.”

The Melbourne-born Aiava spent has much time as possible on the practice court in recent months, demonstrating the work ethic that helped her become the first 2000s-born player to win a WTA main draw match and contest a Grand Slam main draw at age 16 in 2017.

“I was training the whole time. I didn’t have any time off really,” she said.

“I did struggle with motivation at the start, but only a little bit. I went through a phase where I needed to find my purpose and why I’m playing this sport. I tried to remember that every day to find the motivation to keep training, keep pushing myself.”

Having set a career-high ranking of No.147 in 2017, Aiava is determined to reach even greater heights when the tour resumes.

“I missed competing. Training is completely different. You kind of get bored of it and you don’t really have a purpose for competing during training.”

Aiava made an impressive return at the UTR Pro Tennis Series last month. Her reignited passion was evident as she claimed titles in Melbourne and Sydney.

“It was weird not working, so it’s been really good to be able to play these events and earn some money,” she said.

“So many people have lost their jobs during COVID, so I just felt really lucky to be able to compete again.”

That perspective has helped Aiava adapt to new safety measures at the events, which include competing without spectators.

“It was a bit weird playing in an empty stadium, but I didn’t really find it too much of a difference,” said Aiava, who has contested the Australian Open main draw three times already in her young career.

“I love playing in front of a big crowd, but it’s not the most important thing in the world in the grand scheme of things. When you’re playing tennis, it’s just you and opponent out there on the court.”

“I found a newfound appreciation for being able to compete … We have so many opportunities here.”

Aiava built a seven-match winning streak during the UTR Pro Tennis Series, losing only one set in those matches. As she prepares for the return of more professional tennis events, her confidence is high.

“The results show who’s been doing the work and who’s just taken this time as a holiday,” she said.

Travel is high on Aiava’s wish list for the final months of the 2020 season – but the only destination she has her sights on is more tournaments.

“I think we do take travelling for granted,” she admitted.

“We had our whole schedules planned out and then it obviously is not happening, but I’m looking forward to travelling again and just playing some big tournaments.”

For now, Aiava is training hard in Sydney – where her partner and coach Nicole Kriz are both based – and looking to continue her winning streak at the UTR Pro Tennis Series this week.