Aussies in action: Stars back on tour

World No.56 Ajla Tomljanovic is one of four Aussie women competing at WTA Tour events this week. 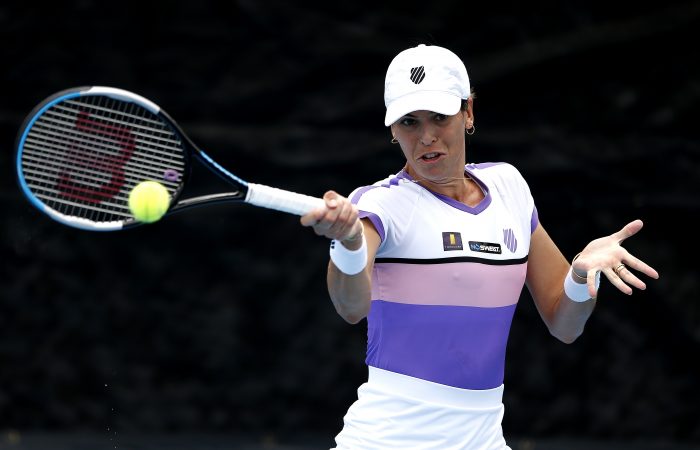 World No.56 Ajla Tomljanovic is competing in Lexington, where she will face fifth seed Yulia Putintseva in the opening round.

Arina Rodionova is also making her return at the American tournament. The No.152-ranked Rodionova moved into the second round of singles qualifying with a 4-6 6-3 6-2 win over American Catherine Harrison today.

Storm Sanders is through to the final qualifying round in Prague. The No.276-ranked Sanders, who has not lost a set in two qualifying wins so far, next faces No.141-ranked Ukrainian Marta Kostyuk tonight.

Sanders is teaming with fellow Australian Ellen Perez in doubles. The No.3-seeded team play Aranxta Rus and Tamara Zidansek in the opening round, a team that won the Palermo title in the WTA Tour’s return last week.

The ATP Tour resumes next week – but one player who will not be feature is Australia’s Alexei Popyrin. The 21-year-old has confirmed he will not travel to America and has withdrawn from the US Open later this month.