Woodbridge: players can benefit from time at home 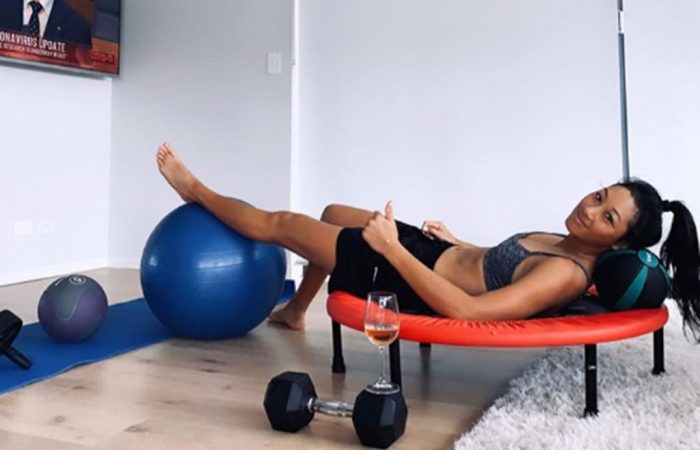 Coronavirus continues to wreak havoc on practically every aspect of life as we know it.

Tennis has not been spared, with the three tours – ATP, WTA and ITF – suspending all competition until the week of 8 June, at the earliest.

Yet in a rare silver lining amid a dire global situation, the suspension of professional tennis will provide players with extra, and rare, time off.

Tennis has one of the longest seasons of any professional sport, spanning 11 months of the year.

The men’s tour extends the longest. The ATP season, for most players, typically winds up by early November unless they play at the Davis Cup Finals, yet those playing Challenger events often play deeper into the month.

In 2017, John Millman contested a swing of Asian Challenger tournaments, ending with victory at the Hua Hin Challenger in Thailand on 26 November – giving him barely five weeks to rest, recover and then begin preparing for the 2018 season, which he kicked off in Brisbane.

The WTA season, following significant changes to the women’s calendar in 2009, ends a few weeks earlier; the tour’s rank-and-file who don’t qualify for 2019 season-ending events in Zhuhai and Shenzhen had stopped playing by 21 October.

Yet lower-ranked women, like their male counterparts, have to toil for longer, including on the Australian Pro Tour, which extends into early November.

And Arina Rodionova, the eventual winner of the Australian Open 2020 Play-off, commented during her winning week in December that she was juggling Play-off matches with pre-season training.

“I think in all of it, and of course recognising the seriousness of the situation, players can choose to look at what’s really an enforced break in a positive way,” commented Australian doubles legend Todd Woodbridge.

“I would imagine that if it was me in that scenario, I would be taking the self-isolation and hygiene very seriously, speak to my coach and trainer, and go: well here’s my block – and we don’t know how long that block is going to be – but here is what I’m going to be working on, on getting fit, getting more strength, whatever that might be, and finding a way to build that so I can actually use this time productively, and find both physical and mental benefits.”

Woodbridge’s playing career extended from the late 1980s to the mid 2000s.

Back then, tennis was no different when it came to the gruelling length of its professional calendar.

“One of those things (I would work on), if I can think back to when I was playing myself, would have been to actually come up with some creative ways of how I could build some more strength and power, and we are seeing many of the players doing that from their homes,” Woodbridge said.

“I never got that period of time to do that – the longest I had off in one place was four weeks. That’s when we were waiting for (my daughter) Zara to be born, in 2000, which was getting towards the back end of my career.

“An enforced break, such as this time we are going through now, would have given me a chance to be able to do that. And I think a lot of players have to reflect on that.”

Woodbridge said another aspect for players to consider was their skill set.

Sam Stosur, in one recent example, demonstrated via her Instagram story that she was keeping her volleying skills sharp by practicing up against a wall of her home in Melbourne.

“I’ve got a small wall down the bottom of my driveway; as a kid I used to get on the wall and hit volleys … the skills I got out of that wall were one of the key things I was able to take to the doubles court, reflexes and skills with the racquet head,” Woodbridge said.

“These are all periods as a player you can find something to work on, and proactively seek out the positives during what’s an incredibly challenging time.”