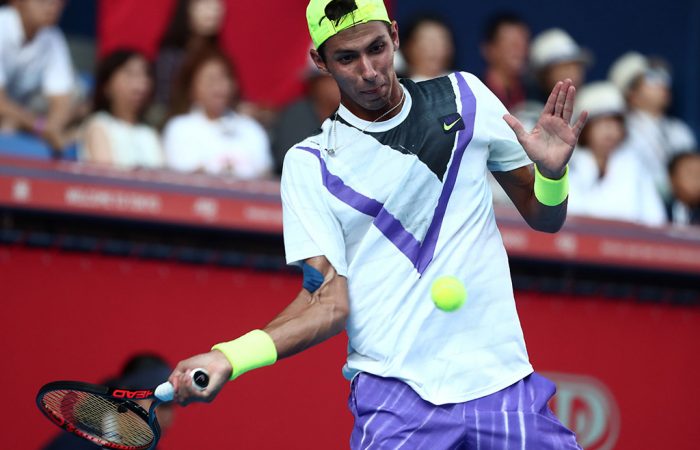 Big-serving Australian young gun Alexei Popyrin has guaranteed himself a career-high ranking after he fought his way into the second round of the Stockholm Open.

Popyrin, who had to come through qualifying to reach the main draw, will move up at least four spots to world No.86 after his first-round victory but faces a tough ask next against fourth-seeded Canadian Denis Shapovalov for a place in the quarterfinals.

The Aussie clinches his third win in as many days in Stockholm against lucky loser Oscar Otte 7-6(6), 7-6(5).#SthlmOpen pic.twitter.com/UerGvCeEvy

Millman was unable to convert any of four break points against the world No.35 on his way to a 6-4 6-3 defeat in the Swedish capital.

At the WTA Kremlin Cup in Moscow, Ajla Tomljanovic went down in the first round to in-form qualifier Varvara Gracheva.

Gracheva, who won back-to-back 60K ITF tournaments before next winning three matches in Moscow qualifying to reach the main draw, extended her winning streak to 14 matches with a 6-3 6-2 win over the Australian.