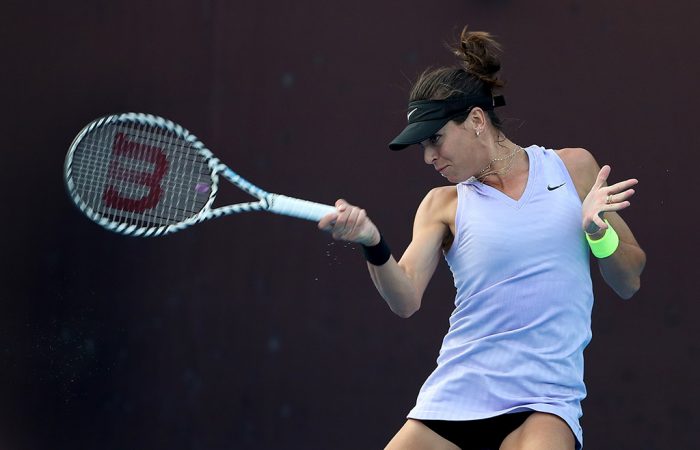 Australia’s hopes of winning the Fed Cup title for the first time in 45 years have received a significant boost with Ajla Tomljanovic securing eligibility to represent her adopted nation in the final against France in Perth next month.

The 26-year-old could be selected as Australia’s second singles player to back up French Open champion and world No.1 Ash Barty.

“It’s a great result for Ajla to finally be cleared to play,” Molik told AAP.

“It opens up another brilliant option for us. She’s always represented Australia well so that’s something I’m looking at closely.”

“This is a great result and the culmination of a process that began in 2014, when Ajla first played with AUS next to her name at the US Open.”

Australia’s team is set to be picked next week and veteran Sam Stosur is also firmly in the singles mix, having played in two singles matches and the doubles tie during the semifinal win over Belarus in April in Brisbane.

The 2011 US Open champion has won the most singles rubbers of any Australian player in Fed Cup history.

“At times, it’s also good to throw in someone new who’s exciting and just so desperate and eager to play.

“That’s why it’s so important to spend so much time with the players through the week and get a handle on how they’re feeling about it all.”

Tomljanovic represented Croatia as a teenager in 2010 and 2011 but became an Australian citizen last year, having had permanent residency since 2014.

The International Tennis Federation ruled in 2015 that players could not represent more than one nation in team events.

Tomljanovic launched an appeal on the basis that she applied for her Australian passport before that rule was introduced.

Daria Gavrilova, who is nursing a chronic foot injury, remains unavailable to face a strong French team that could feature world No.39 Caroline Garcia, Kristina Mladenovic and Alize Cornet.

Australia’s last Fed Cup title came in 1974 and next month’s tie is the nation’s first final in 26 years.

“We’ve worked so hard to get to this point … we want to win badly.”