John Millman is one of three Aussies competing this week at the ATP indoor tournament in Stockholm while Ajla Tomljanovic features in the WTA Kremlin Cup main draw in Moscow. 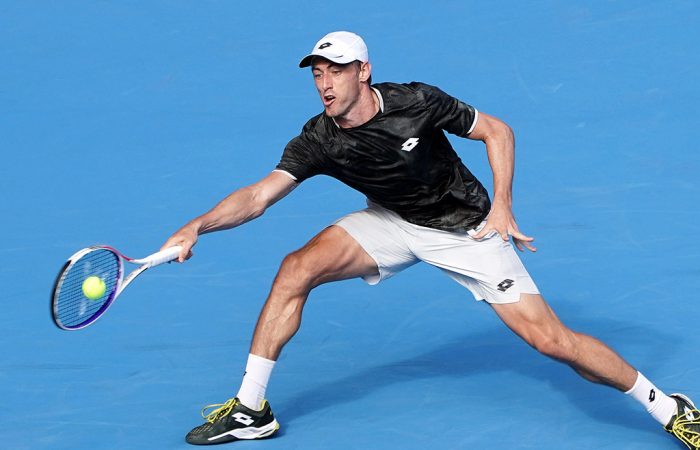 John Millman will look to continue his excellent form at this week’s ATP tournament in Stockholm.

The Queenslander, who has won 12 of his 15 matches since the US Open, will take on fifth seed Pablo Carreno Busta at the indoor hard-court tournament.

Bernard Tomic is also in the field and has drawn No.8 seed Dan Evans as his first-round opponent.

Alexei Popyrin won his first-round qualifying match 7-5 7-6(1) over Tobias Kamke and next takes on Japan’s Yuichi Sugita for a place in the main draw.

At the WTA Kremlin Cup in Moscow, Ajla Tomljanovic will take on a qualifier in her opening match.

If successful, she faces a likely second-round meeting with seventh seed Maria Sakkari.

Tomljanovic has landed in the top quarter of the draw, which is headed by No.1 seed Elina Sviotlina.