Priscilla Hon joins Ajla Tomljanovic in the main draw in Seoul, while Sam Stosur has been awarded a wildcard into the WTA event in Guangzhou. 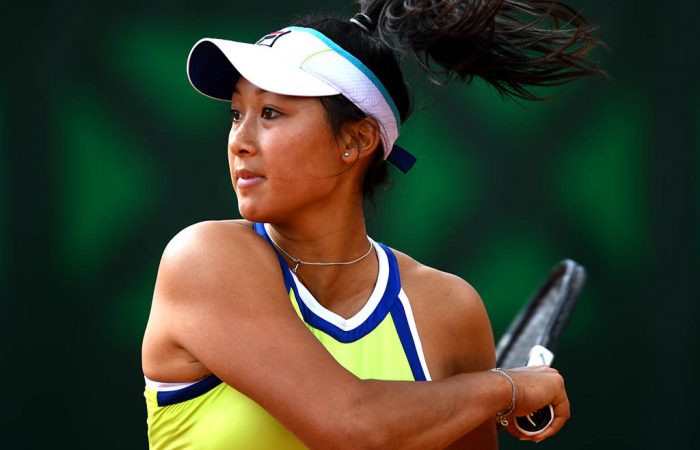 Priscilla Hon’s win over fellow Australian Destanee Aiava in the final round of qualifying in Seoul has seen the Queenslander join Ajla Tomljanovic in the main draw.

She’ll face countrywoman @pribo98 for a place in the main draw. #GoAussies

In the main draw, she will line up against Romanian Mihaela Buzarnescu, a former world No.20. Should she win, Hon could face Tomljanovic in the second round.

Tomljanovic is the fifth seed, coming into the event fresh off a semifinal finish at last week’s Premier-level tournament in Zhengzhou.

She opens against Swiss Stefanie Voegele.

In Guangzhou, Sam Stosur has received a main-draw wildcard and will take on Czech qualifier Tereza Martincova in round one. Last week, Stosur reached the second round in Nanchang.

The winner of that match goes on to face either eighth seed Ons Jabeur or American Bernarda Pera.

Like Seoul, Guangzhou is an International-level tournament played on hard courts. The top seed is world No.3 Elina Svitolina.

Arina Rodionova came close to reaching the main draw yet in the final round of qualifying was pipped in a third-set tiebreak by China’s Xun Fang Ying, who a round earlier beat Kaylah McPhee.

Lizette Cabrera and Jaimee Fourlis also fell in the first round of Guangzhou qualifying.

Astra Sharma, meanwhile, succumbed to a viral illness in the first round of WTA Osaka qualifying; she had taken the first set 6-1 yet trailed 1-4 in the second before retiring.