Sam Stosur wins an all-Aussie clash in Nanchang, Ajla Tomljanovic sets up a meeting with Kiki Bertens in Zhengzhou and Zoe Hives takes her Hiroshima winning streak to three matches. 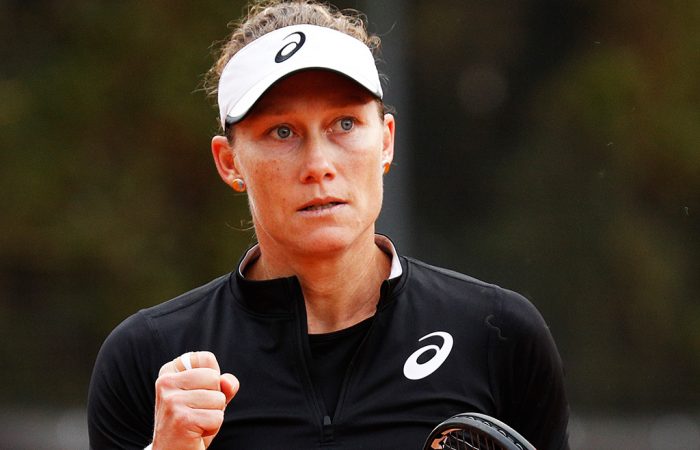 Sam Stosur reached the second round of the WTA hard-court tournament in Nanchang, China with a straight-sets win over fellow Australian Arina Rodionova.

Also scoring wins on Tuesday were Ajla Tomljanovic — who progressed to the last 16 in Zhengzhou — and Zoe Hives, who extended her winning streak to three matches in Hiroshima.

In their first ever meeting on the singles court, Stosur saved a set point before running out a 7-6(6) 6-3 winner on Tuesday, a victory snapping a three-match losing streak.

Stosur will next face Nina Stojanovic for a place in the quarterfinals after the Serb upset No.2 seed Wang Yafan in the first round.

Stojanovic comes into the contest on a six-match winning streak after winning last week’s 60K ITF event in Changsha, China.

Playing the WTA Premier-level tournament in Zhengzhou, Tomljanovic thumped Lesley Kerkhove for the loss of just two games in a mere 58 minutes.

Tomljanovic’s 6-2 6-0 win over the Dutch qualifier set up a meeting with another Dutchwoman in Kiki Bertens, the third seed and world No.7.

“Kiki’s being playing really well and she’s had a really good season so far. I think I played her last year in Asia in Seoul, it was a tough match. But I’m expecting a good fight and hopefully I play some of my best tennis,” said Tomljanovic, who fell to Bertens 7-6(2) 4-6 6-2 in the 2018 Seoul final.

“It’s never as easy as it looks but I thought for my first match here I’m pretty pleased with how I played. It’s always tough playing a qualifier — she’s had a couple of good wins under her belt.

“Probably (I was most pleased with) just staying composed, not panicking too much. Not that there was a reason to, but I was trying to work on my game at the same time, so yeah.”

Potapova is the highest-ranked player Hives has beaten this year.

After winning two rounds of qualifying, Hives’ first-round main-draw triumph over Potapova sees her join fellow Aussie Priscilla Hon in the last 16, where she will meet either Misaki Doi or Junri Namigata.

She is also projected to crack the world’s top 150 in next week’s WTA rankings.