Kokkinakis back in the winner’s circle 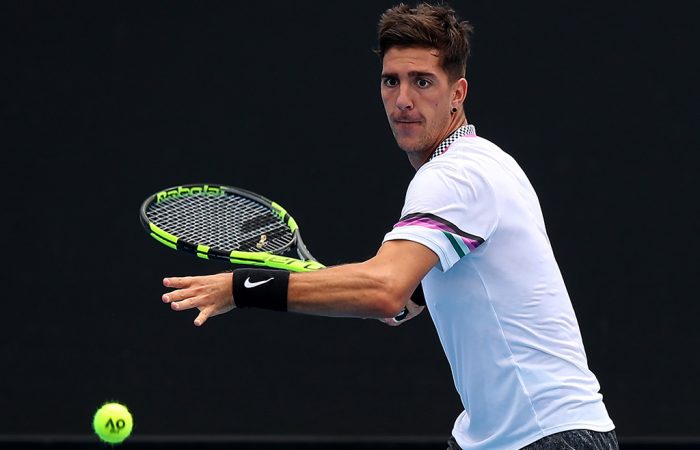 Thanasi Kokkinakis has won through to the second round of the ATP Tour’s Los Cabos Open after defeating French qualifier Maxime Janvier in straight sets.

World No.191 Kokkinakis went into the match ranked one spot above Janvier and after one hour and 32 minutes the Australian 23-year-old sealed a 6-4 6-4 victory.

Kokkinakis, a wildcard into the main draw and a finalist in Los Cabos in 2017, will face French fourth seed Lucas Pouille in the second round.

Kokkinakis had not won a tour-level main draw match since the Miami Open in 2018, where he beat No.1 seed Roger Federer in route to the third round.

Injury problems have continued to plague the South Australian, restricting him to just five tournaments in 2019.

“It was very tricky, tricky conditions, very windy out there, and my opponent was trying to hit every ball as he hard as he could so I had to just try and stay patient, stay calm,” Kokkinakis told atptour.com. “It got a bit yucky through the match, towards the end, but I found a way to win, which is good.”

“Hopefully I can stay healthy and put together some good runs, whether it’s this week or not. Hopefully for the rest of the year (I can) stay healthy.”

Earlier on Monday at the same event, Queenslander John Millman was beaten 6-4 1-6 6-2 by India’s Prajnesh Gunneswara.

At the Citi Open in Washington DC, qualifier Marc Polmans stretched his winning streak to three with a 6-2 6-4 win over Malek Jaziri.

The victory sets up a second-round meeting with 10th seed Benoit Paire, and is expected to push his ranking back to within the brink of the world’s top 150.

Polman’s countryman Matthew Ebden bowed out in the first round after a straight-sets loss to American qualifier Tim Smyczek.

World No.116 Ebden had his chances against the world No.281 Smyczek but could only convert two out of seven break points in the 6-4 6-4 defeat.

Fresh off his title success at the Atlanta Open, tournament 12th seed Alex de Minaur has a first-round bye.

In San Jose, Ajla Tomljanovic suffered a surprise loss to American qualifier Kristie Ahn in the first round of the WTA’s Silicon Valley Classic.

The 26-year-old Tomljanovic went down to world No.178 Anh 6-3 4-6 6-4 in a see-sawing contest in which both players struggled to hold serve.

After reaching a career high of world No.39 in April, Tomljanovic will drop to at least 44th when the updated rankings are released on Monday, after reaching the quarterfinals in San Jose this time 12 months ago.