Australians Alex de Minaur and Bernard Tomic both win in straight sets on Thursday to set up a quarterfinal clash at the ATP Atlanta Open. 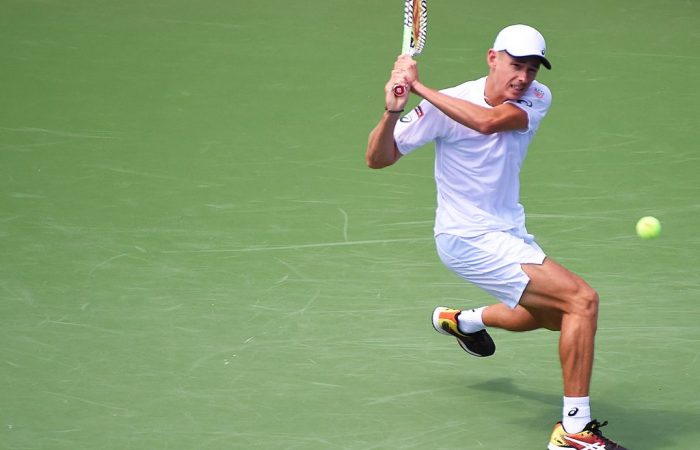 Alex de Minaur defeated American Bradley Klahn 6-4 6-4 in one hour and seven minutes in their second-round clash on Thursday to progress to the Atlanta Open quarterfinals.

There he will face Bernard Tomic, who earlier in the day downed fellow Australian Matt Ebden.

World No.106 Tomic overcame Ebden 6-4 7-6(3) to win his second match at the tournament, while it was De Minaur’s first match at the hard-court tournament after a first-round bye.

It was a stellar serving day for De Minaur, who won 91 per cent of his first-serve points and did not face a break point for the entire match.

The Queenslander, who has now won all four career meetings with Ebden, won through to his second quarterfinal in as many months after reaching the same stage in Antalya in the week before Wimbledon.

De Minaur and Tomic join Alexei Popyrin in the quarterfinals; Popyrin is set to take on Britain’s Cameron Norrie for a place in his first ever ATP-level semifinal.