Mallorca: Stosur through to second round

Sam Stosur joins countrywoman Ajla Tomljanovic in the second round of the Mallorca Open after a straight-sets win over Zheng Saisai. 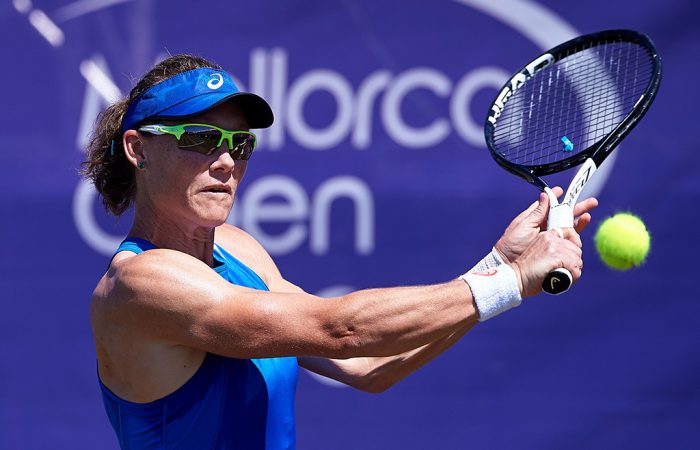 Sam Stosur has powered into the second round of the Mallorca Open with a straight-sets win over Zheng Saisai.

The win sets up a meeting in the last 16 with No.4 seed Elise Mertens, who a day earlier shut out Andrea Petkovic 6-2 6-2.

Stosur joins fellow Australian Ajla Tomljanovic in the second round of the Spanish grass-court tournament, after Tomljanovic saw off Monica Puig in straight sets on Monday.

Tomljanovic next faces second seed Anastasija Sevastova, who has reached the past three Mallorca finals and who defeated qualifier Varvara Lepchenko shortly before Stosur clinched victory.

Stosur has slipped outside the world’s top 100 since an early exit at Roland Garros and could fall even further if she doesn’t defend the ranking points she earned last year in Mallorca.

Yet she was always in control against an opponent ranked 71 places higher.

Stosur, a wildcard, generated 19 break points against Zheng and converted five times, one of those breaks seeing her move ahead a set and 2-0.

She served for the match at 5-3 and held a match point in the next game on Zheng’s serve, and although the Chinese No.2 levelled at 5-5, Stosur re-settled, slamming her fourth ace to hold for 6-5 and breaking serve in the following game to advance.