Ajla Tomljanovic moves into the second round of the grass-court tournament in Mallorca while Matt Ebden falls at the first hurdle in Halle. 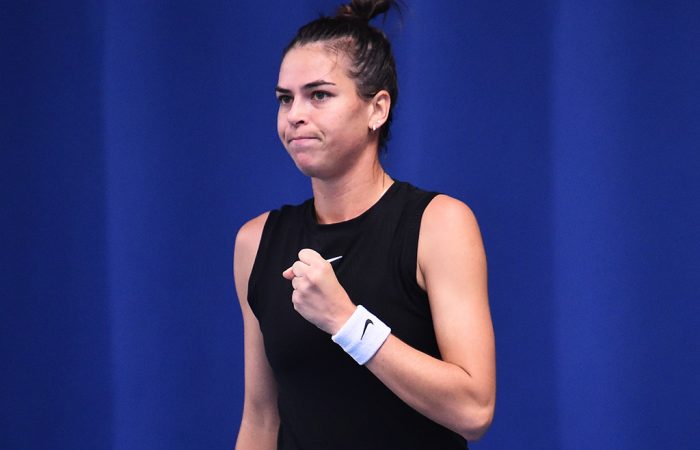 Ajla Tomljanovic has scored her first win on grass in 2019 after a straight-sets victory over Monica Puig on Monday in Mallorca.

Tomljanovic beat the Rio 2016 Olympic gold medallist 6-4 7-5 to take her place in the second round.

There, a likely showdown with No.2 seed Anastasija Sevastova – a finalist at the past three Mallorca Opens – awaits, should the Latvian get past a qualifier in her first-round match.

It was Tomljanovic’s third win from her past four matches since the French Open, except that in Nottingham, her two victories came on indoor hard court as persistent rain prevented the first two rounds of the tournament being played on grass.

Sam Stosur will attempt to join Tomljanovic in the last 16 when she takes on Zheng Saisai on Tuesday in Mallorca.

AUSSIES IN ACTION: Barty targets No.1 in Birmingham

The news was not so good for Matt Ebden, with the West Australian falling in the first round of the ATP 500 grass-court event in Halle.

Last year at the same event Ebden reached the quarterfinals, but on Monday slipped to a 5-7 6-1 6-4 defeat to Radu Albot.

Ebden trailed 5-2 in the opening set and saved three set points before pinching it with a five-game run of his own, but could not stop the Moldovan on his ultimate path to victory in two hours and seven minutes.

The loss means the 31-year-old is expected to drop to No.90 in next week’s rankings.

Ebden’s countryman John Millman will take on No.1 seed Roger Federer – a nine-time Halle champion – in the first round on Tuesday.

After winning two rounds of qualifying to come within one win of the main draw, Sharma fell 6-2 6-1 to in-form American Lauren Davis, who has now won 14 of her past 17 matches and returned to the top 100.

Barty, in her first competitive outing since her stunning French Open victory, teamed with Julia Goerges to beat Kaitlyn Christian and Dalila Jakupovic 6-3 6-4 in the doubles event.

French Open champion and new #2 Ash Barty (still getting used to this) is about to play her first match since Paris: doubles with Julia Goerges in Birmingham.

A nice, relaxed way to get things rolling again. pic.twitter.com/w496rRqMGN