Ajla Tomljanovic advances to the second round of the prestigious clay-court tournament in Rome while fellow Aussies Alex de Minaur and John MIllman fall at the first hurdle. 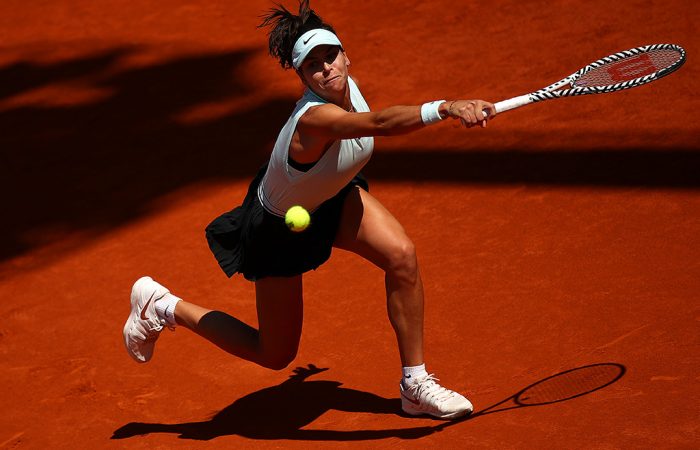 Ajla Tomljanovic continued her impressive form on European red clay to take her place in the second round of the WTA/ATP tournament in Rome.

Tomljanovic, who recently reached the semifinals of the WTA event in Rabat, defeated Slovenian qualifier Tamara Zidansek 7-6(1) 6-4 in her opening match.

The result sets up a meeting with fourth seed Karolina Pliskova, who Tomljanovic stretched to three sets earlier this season in the Brisbane International quarterfinals.

De Minaur, still searching for form after recovering from a groin injury sustained in March, was attempting to end a four-match losing streak and claim his first win on clay this season.

But despite taking the first set against Italian 16th seed Marco Cecchinato – who he beat in their only previous meeting at Wimbledon last year – Aussie No.1 De Minaur slipped to a 4-6 6-3 6-1 defeat as his opponent reached the second round for the second successive year.

Cecchinato has good pedigree on the surface, advancing to last year’s French Open semifinals and winning all three of his ATP Tour titles on the red dirt, including at the Argentina Open in February.

Norrie, who had to go through two matches to reach the main draw, has the extra incentive of facing Roger Federer in the third round if he can progress.

Australia’s No.2 Nick Kyrgios, who made a first-round exit on his debut outing of the season on clay at the Madrid Open, will face 12th-seeded Russian Daniil Medvedev on Centre Court on Tuesday.

Eighth seed Ash Barty will also be in action, taking on Viktoria Kuzmova on Grandstand Court.

She’ll be followed by Tomljanovic, who plays her second match in as many days against Pliskova.