Playing his first match in almost two months, Alex de Minaur goes down to Portuguese qualifier Joao Domingues in three sets in the first round of the ATP Estoril Open. 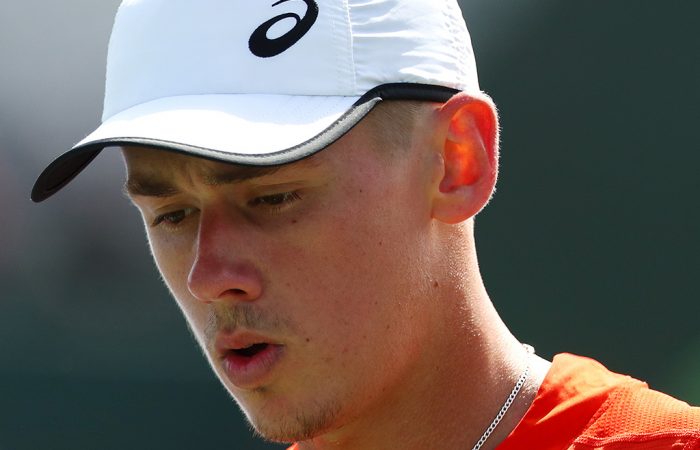 De Minaur, who missed the Miami Open due to a groin injury after losing his opening match at Indian Wells, had his serve broken four times after winning less than half of the points on his second serves.

Domingues goes on to face the winner of the all-Australian showdown between John Millman and Bernard Tomic, which highlights first-round action on Tuesday.

Another Aussie, 19-year-old Sydneysider Alexei Popyrin, qualified for the main draw and will face Portugal’s Joao Sousa in his first-round match.

In other opening-round action on Monday, American Reilly Opelka, Guido Andreozzi of Argentina and Japane’s Yoshihito Nishioka all won to advance to the second round.

At the WTA tournament in Rabat, Australians Daria Gavrilova and Ajla Tomljanovic will both play their first-round matches on Tuesday.