Top 40 star Ajla Tomljanovic will be joined at the Volvo Car Open by fellow Aussies Astra Sharma and Destanee Aiava, who won through qualifying to reach the main draw. 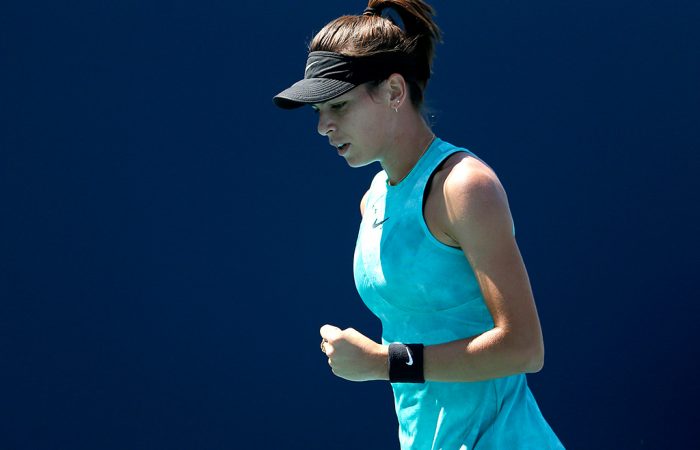 Ajla Tomljanovic is seeded 14th at this week’s WTA tournament in Charleston, one of three Australians in the main draw.

The world No.40 is joined by Astra Sharma and Destanee Aiava in the main draw of the Premier-level event, played on green clay courts.

Tomljanovic opens against Poland’s Magda Linette and is projected to meet No.1 seed and 2016 Charleston champion Sloane Stephens in the last 16.

Tomljanovic arrives at the tournament following a third-round run in Miami.

Sharma, meanwhile, extended her winning streak to seven with a three-set win over Shuko Aoyama in the final round of qualifying.

The West Australian, who prior to Charleston won the ITF $25,000 event in Irapuato, Mexico, lines up against Taylor Townsend in the main draw.

The winner goes on to face seventh seed Julia Goerges.

Aiava has drawn a tough opening-round opponent in No.9 seed Belinda Bencic after beating Czech Tereza Martincova 6-3 6-1 to qualify.

Awesome Aiava!@destaneeaiava earned her ticket into the main draw with a 6-3 6-1 victory over #Martincova!#VolvoCarOpen pic.twitter.com/z7Sv9ScUNO

Like Sharma, Aiava is currently on a seven-match winning streak after winning the recent Australian Pro Tour title in Canberra.

Having been staged since 1973, Charleston is the oldest women’s only professional tennis tournament in the world and is a prestigious stop on the WTA tour, with former champions including Chris Evert, Martina Navratilova, Steffi Graf, Martina Hingis, Justine Henin and Serena Williams.

Sam Stosur was the last Australian to win the singles title, in 2010.