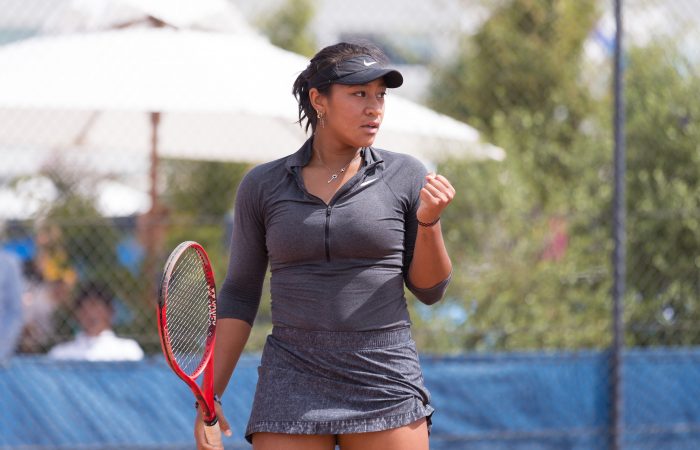 Appearing in her third ACT Claycourt International final, Destanee Aiava has claimed her maiden title with a dominating 6-2 6-2 win over Japan’s Risa Ozaki.

“It means a lot to me,” Aiava, 18, said. “I haven’t had the best start to the year so far but I felt pretty confident on the clay coming to Canberra. It’s one of my favourite tournaments as well, so I’m happy to get the win today and my first title for the year.”

With Ozaki previously ranked as high as world No.70 – and the 2016 Canberra International champion – it was an impressive win for the Victorian second seed.

“I think I stayed focused on one thing and that was to move my feet and not get too far ahead of myself. I know a lot of people but a lot of pressure on themselves in these big moments, but I just tried to keep my head and stay calm the whole match,” she added.

It capped off a great week for the world No.202 who also made it through to the women’s doubles final with Ellen Perez. The pair was defeated in a close battle, with top seeds Naiktha Bains and Slovakian Tereza Mihalikova coming out on top 4-6 6-2 [10-4].

For Bains and Mihalikova it was their second title together in just three appearances.