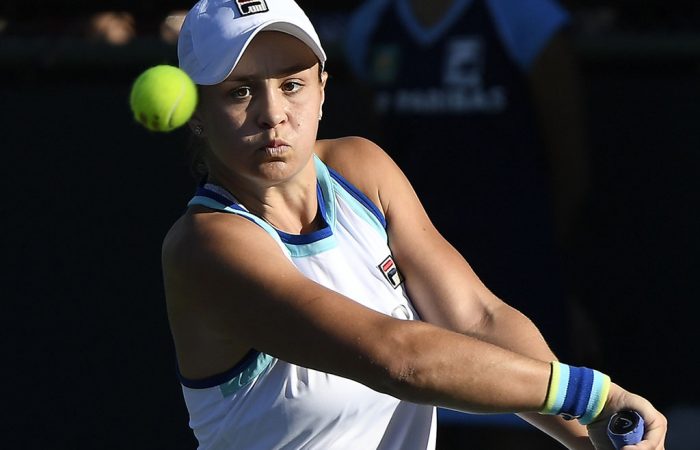 Ash Barty has continued her career-best run at Indian Wells, moving into the fourth round with a 6-3 6-2 win over American Jennifer Brady.

The No.12-seeded Barty, who had never previously won a singles match in the Californian desert, hit seven aces in the 73-minute late-night victory.

Barty now faces No.6 seed Elina Svitolina, who defeated Australia’s Daria Gavrilova in the third round. Svitolina survived a gallant Gavrilova challenge to record a 7-5 6-4 victory in a 106-minute battle.

Svitolina owns a 4-0 win-loss record against the No.12-ranked Barty, but they have not played since Miami in March 2018. Barty has added incentive to win, needing to reach the quarterfinals to have a chance of making a top 10-debut after the tournament.

In other day seven action, the winning runs of Australian qualifiers Alexei Popyrin and Alex Bolt ended. Both were eliminated in second-round men’s singles action.

John Peers is the only Australian in action of day eight, teaming with Finnish partner Henri Kontinen for a men’s doubles second-round clash with two-time Grand Slam champions Jean-Julien Rojer and Horia Tecau.