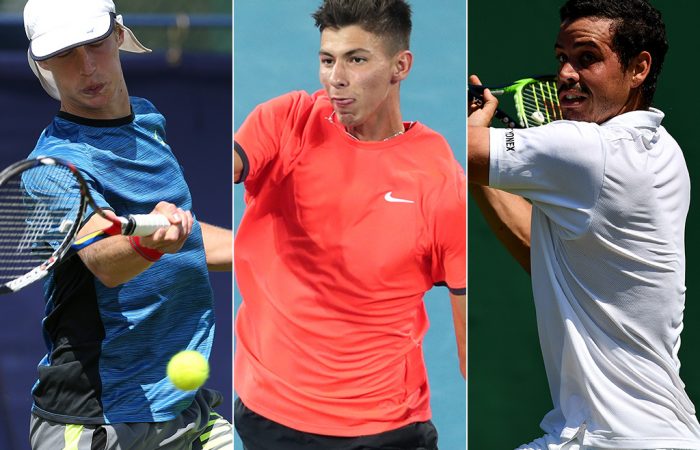 Australian trio Alexei Popyrin, Marc Polmans and Alex Bolt will contest the main draw at Australian Open 2019 after being awarded wildcards into the event.

Popyrin and Polmans have emerged as two of the country’s most promising young prospects while Bolt completed a magnificent season in 2018 to set a career-high ranking after winning his first title in four years.

“We had a really good problem (selection wise) this year in that so many Australian women have played well and improved their ranking." – @prattstar22 #AusOpen #GoAussieshttps://t.co/2IWuDVMWnN

Popyrin, just 19 years of age, was ranked No.621 in the first week of January 2018 yet cracked the world’s 150 by year’s end, helped by his first ATP Challenger title in Jinan, China in August.

The tall, powerful Sydneysider – a Roland Garros junior champion in 2017 – compiled a win-loss of 46-26 in 2018, closing his season by successfully qualifying for ATP main draws in Stockholm and Basel.

At the latter he scored a top-40 win over fellow Aussie Matt Ebden in the first round before stretching world No.4 Alexander Zverev in the last 16.

The Victorian claimed four professional titles in the past 12 months – including the biggest of his career at the Launceston Challenger – and began the season by going on a tear on the Australian Pro Tour, winning 24 straight matches throughout February and March.

He used that form and confidence as a springboard, later reaching ATP Challenger finals in Tallahassee and Stockton and peaking at a career-high ranking of No.137 in October.

Bolt, meanwhile, qualified for Wimbledon, one of several highlights in a season during which he improved his ranking from No.246 in February to a career-high mark of No.139 in October.

The South Australian also won the Zhuhai Challenger title and reached the Challenger final in Fairfield, California, while on the ATP Tour he qualified for the main draw at events in ‘s-Hertogenbosch, Newport, Atlanta and Washington DC, advancing to the second round at the former.

The 26-year-old’s performances were made all the more remarkable by the fact he stepped away from tennis as a burned-out figure in 2016, before returning rejuvenated a year later and enjoying a rapid rankings rise.