Kimberly Birrell subdued the challenge of 18/u champion Gabriella Da Silva-Fick to advance to the quarterfinals of the AO Play-off. She will next meet Jaimee Fourlis, a winner in 2017. 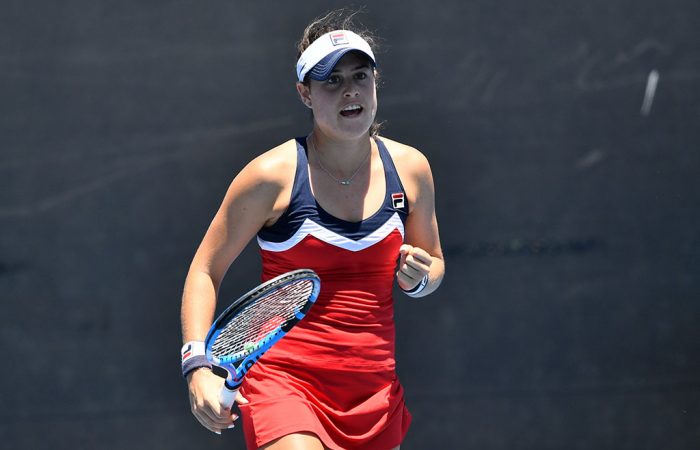 Kimberly Birrell set up a quarterfinal meeting with Jaimee Fourlis at the AO Play-off after beating Gabriella Da Silva-Fick on Tuesday at Melbourne Park.

In a battle between the 2017 and 2016 Play-off champions, Fourlis saved an Inglis set point in the 12th game of the second set with a wrong-footing backhand winner and then rifled two straight winners in the ensuing tiebreak to close out a 6-4 7-6(6) win.

The victory snapped a seven-match losing streak for Fourlis, dating back to the US Open. 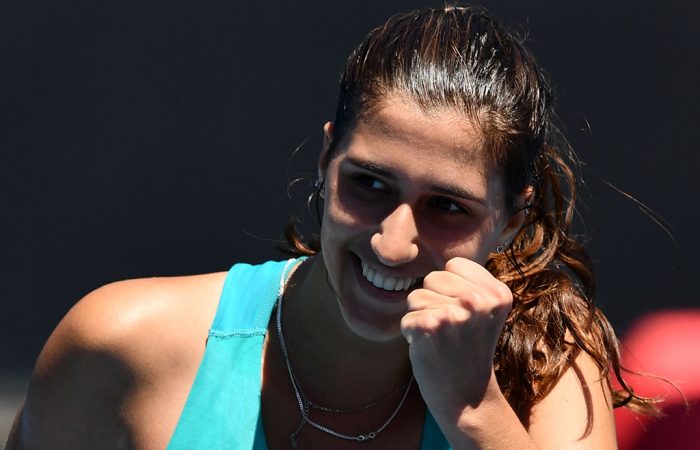 Also advancing on Tuesday were top seed Arina Rodionova – who moved through when Olivia Tjandramulia retired early in the second set of their match – and No.5 seed Astra Sharma, who got past Isabelle Wallace 3-6 6-1 6-4.

Rodionova and Sharma will clash in the quarters on Thursday.

Last year’s Play-off winner Destanee Aiava fell to a 6-3 6-4 loss to the resurgent Abbie Myers, who in 2018 rose from outside the top 800 in March to a career-high ranking of No.290 in October.

Birrell, meanwhile, carried strong form into the AO Play-off, having won the Australian Pro Tour title in Darwin in late September and backing that up with a semifinal run in Brisbane in October.

She had never faced Da Silva-Fick, but was rock solid from the back of the court – especially in the second set.

“I knew she was going to be playing some really good tennis; having a few matches under your belt definitely helps, so I was expecting a really tough match,” Birrell said.

“I knew I just had to concentrate on my end of the court. We were definitely wrestling for momentum in the first set and I was just able to win a couple of big points … I think 6-1, it was definitely closer than that, there were some really tight deuce games.”

After elbow surgery kept her off court for most of 2016, Birrell’s goal has been to compete regularly – while remaining physically healthy – on tour.

“I feel like I’m playing some of the best tennis I’ve ever played. I feel really good; every single time I go out on the court I’m really enjoying playing and competing. I try to keep that momentum going. I’m really happy about today,” she said.

“I did so much travel this year and I was really enjoying it, so I just kept going. I feel like my body’s in some of the best shape it’s ever been. I really just have complete trust in my body and the work I’ve done off court, so now I know I can withstand three-setters and be able to back up the next day.

“And also I’ve proved to myself that I can back up, day in and day out, until the end of the tournament, which is a big thing for a tennis player.”

In other results on Tuesday, third seed Zoe Hives – a recent winner of the $60,000 Canberra Pro Tour event – beat Naiktha Bains 6-4 6-3 to reach the last eight.

Men’s quarterfinal action will feature at Melbourne Park on Wednesday.