The 16-player men's and women's draws for the Australian Open Play-off were finalised on Sunday, with Alex Bolt and Arina Rodionova heading the fields as the No.1 seeds. 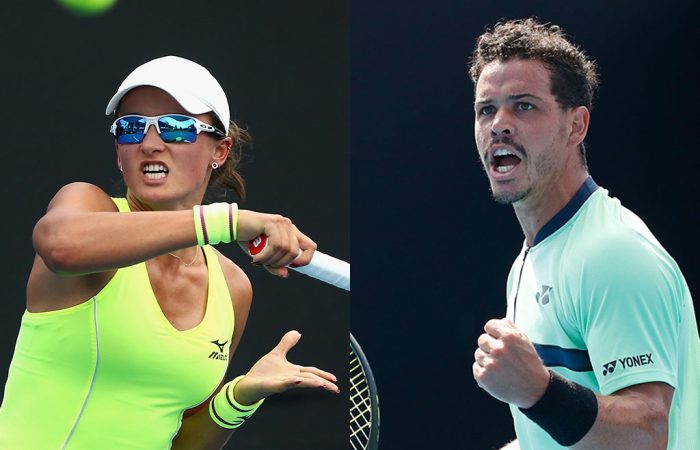 A fixture on the tennis calendar, the AO Play-off has played an important part in the careers of many of the nation’s top players.

Alex de Minaur won the event last year when ranked outside the world’s top 200, and has finished 2018 as Australia’s top ranked male player. He’s just one of a host of former winners, including James Duckworth, Jordan Thompson, Daria Gavrilova, Casey Dellacqua, Jelena Dokic and Alicia Molik, who have used the play-off as a springboard to a successful start to their season.

Rinky Hijitata (NSW) and Gabriella Da Silva-Fick (NSW) both won the 18/u Australian Championships at Melbourne Park yesterday and will be competing in the play-off.

There will also be a play-off for a women’s doubles main draw wildcard, with matches commencing tomorrow.

The Australian Open 2019 Play-off will be livestreamed on tennis.com.au from 10-16 December. Nine’s 9Now will stream the semifinals and finals.

Live scores will be available here.