Australian Open wildcards up for grabs at 2019 Play-off

Wildcards are the prize on offer as 32 of the country's top players head to Melbourne for the Australian Open 2019 Play-off. 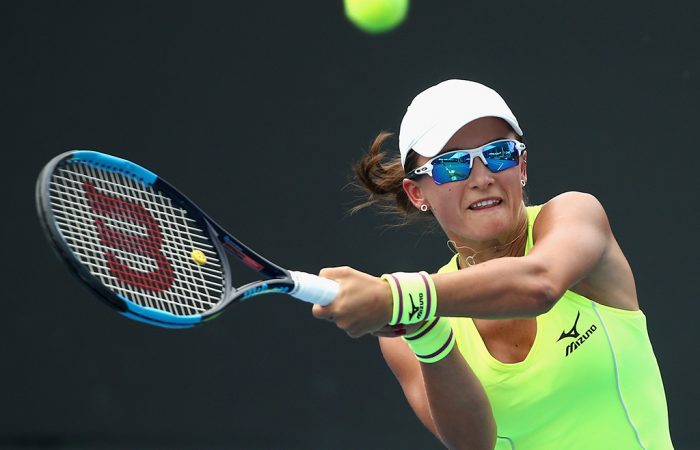 Thirty-two of Australia’s top tennis stars will battle it out for direct entry to the first Grand Slam of the year at the Australian Open 2019 Play-off, which runs from Monday 10 to Sunday 16 December 2018.

“The women’s field is strong for the AO Play-off this year and we expect every match to be highly competitive,” Australian Fed Cup captain Alicia Molik said.

“Top seed Arina Rodionova is always a tough competitor and traditionally does well at this event. Destanee and Jaimee, who both earned wildcards last year are back and having tasted what it’s like to perform at Grand Slam level will be keen to do so again.

“Lizette Cabrera, Ellen Perez, Zoe Hives and Astra Sharma have all had strong results on the Pro Tour so will come in match fit, ready to play and hungry for the opportunity to compete at the Australian Open. It’s going to be a great week of high-quality tennis,” Molik said.

All will be eyeing the achievements of Alex de Minaur (NSW), who’s win at the AO Play-off last year was the springboard to an incredibly successful year. Ranked outside the top 200 in January, he rocketed up the rankings to finish the year at a career high of world No.31 and as Australia’s top ranked male player.

“This event is a terrific opportunity for our next tier of players to earn the opportunity to compete at Grand Slam level,” Australian Davis Cup captain Lleyton Hewitt said.

“This year’s field is a real mix of youth and experience which I’m sure will play out with some fascinating matches.

“The format mirrors Grand Slam conditions, and it’s often the first time some of the younger guys have played five-set matches. It’s a great experience for them, and not just on the court but in terms of how they prepare and also manage their recovery.

“This is all an important part of life on the tour and they get a real taste of what it takes to compete at a Grand Slam. I’m looking forward to seeing all the guys in tough competition throughout the week,” Hewitt said.

For the second year at December Showdown eight women’s doubles pairings will also play off for an Australian Open doubles wildcard.

The men’s singles will commence on Monday 10 December, and the women’s singles on Tuesday 11 December. Both the men’s and women’s finals will take place at Melbourne Park on Sunday 16 December.

The official draw will take place on Sunday 9 December at 12.00 pm.