John Millman faces a potential rematch with Roger Federer at the Swiss Indoors in Basel, while Matt Ebden and Alexei Popyrin meet in an all-Aussie first-round clash. 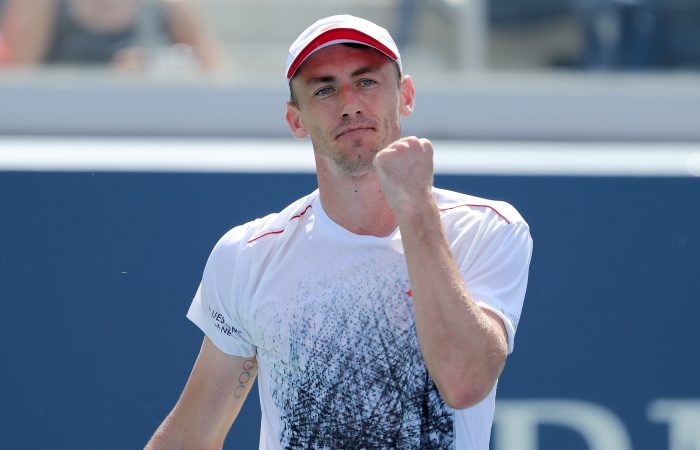 John Millman and Roger Federer could meet in the second round of this week’s ATP tournament in Basel if both come through their opening matches.

Millman, who last month stunned Federer to reach the US Open quarterfinals, takes on German Jan-Lennard Struff in round one.

Should he triumph, he is projected to meet top-seeded Federer, who begins against Serb Filip Krajinovic.

In the bottom half of the draw, Matt Ebden takes on fellow Aussie Alexei Popyrin for a likely shot at No.2 seed Alexander Zverev.

Zverev opens against Dutchman Robin Haase and if he wins he would take on the winner of the all-Aussie clash.

For the second straight week, Popyrin qualified for an ATP main draw.

The 19-year-old did so in Stockholm and repeated the feat in Basel with wins over Benoit Paire and Mackenzie McDonald; against McDonald he trailed 3-1 in the final set before winning 6-4 4-6 6-4.

And, for the second straight week, he will face a countryman in the first round of an ATP main draw.

In Stockholm, he fell in three sets to Millman.

Meanwhile, Ash Barty will this week feature in the doubles draw at the WTA Finals in Singapore alongside American partner CoCo Vandeweghe.

The draw for the doubles event will take place at 6pm on Tuesday.