Matt Ebden has scored a career-best win at the Shanghai Masters, beating world No.7 Dominic Thiem in three sets to reach the last 16. 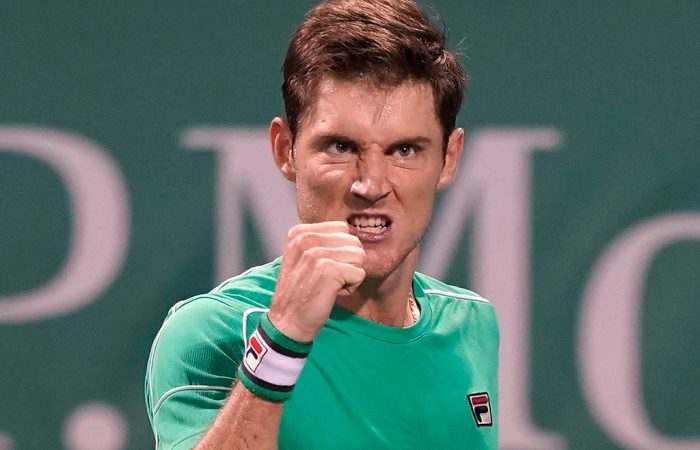 Australian Matt Ebden has registered the biggest win of his 13-year professional career, downing world No.7 Dominic Thiem in the second round of the Shanghai Masters.

Earlier on Tuesday, Alex de Minaur’s late season charge has continued with the Australian winning through to the second round.

Ebden twice came within two points of the match in the second set but it was his recovery from failing to serve out the contest in the decider that spoke most about his resilience.

After breaking the Austrian’s serve to lead 6-5, Ebden had a match point only to lose it when Thiem won a point via a let cord.

He handed back the break but steeled himself for the tiebreaker, leading from start to finish to claim it and the match.

He’ll now take on German Peter Gojowczyk for a spot in the quarterfinals, another win likely to propel him into the world’s top 40 for the first time in his career.

Ebden has a history of strong performances at the Shanghai event, having reached the quarterfinals back in 2011 after qualifying for the tournament – a result that boosted him inside the top 100 for the first time in his career.

De Minaur, meanwhile, will look to capture more rankings points in the Masters series tournament as he closes in on a top 32 ranking and seeding for next year’s Australian Open.

But waiting in the wings for the newly-minted Australian No.1 is world No.5 Alexander Zverev who shapes as a potential round of 16 opponent.