De Minaur through to Shanghai second round

Australian No.1 Alex de Minaur beats Vasek Pospisil in the opening round of the Shanghai Masters. 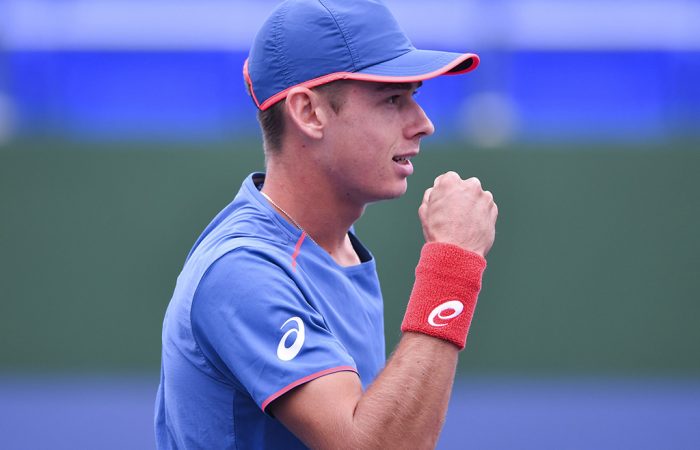 Alex de Minaur’s late season charge continued as the Australian won through to the second round of the Shanghai Masters.

De Minaur, who became Australia’s highest-ranked man at 33 in the world on Monday, held his nerve to beat big-serving Canadian Vasek Pospisil 6-4 7-6(4).

The 19-year-old held on to an early break and kept his nose ahead in the first set, with Pospisil blowing five break-point opportunities, including four in one game.

Games stayed on serve in the second set which went to a tiebreaker, when De Minaur then made quick inroads into the Canadian’s serve, streaking ahead to a 6-1 advantage.

It took four match points but he eventually served out the match.

The Sydneysider will look to capture more rankings points in the Masters series tournament as he closes in on a top-32 ranking and seeding for next year’s Australian Open.

But waiting in the wings for the newly-minted Australian No.1 is world No.5 Alexander Zverev, who shapes as a potential round-of-16 opponent.