Gavrilova begins with a win in New Haven

Daria Gavrilova dropped just three games in the perfect start to her New Haven title defence, while Sam Stosur joined her in the main draw as a lucky loser. 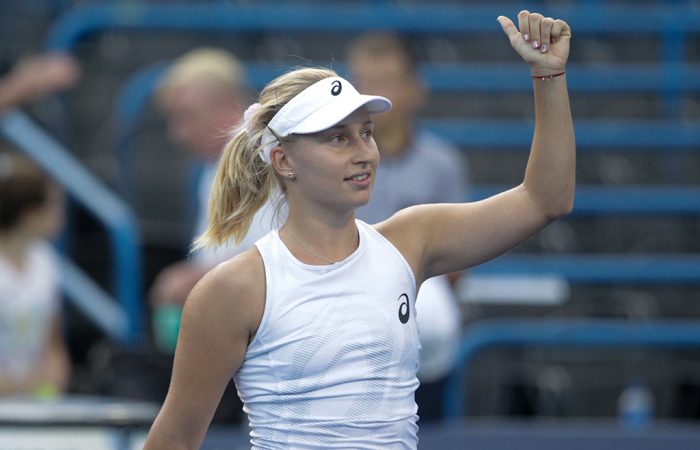 Daria Gavrilova has dropped just three games in her first-round win over Irina-Camelia Begu at the WTA’s Connecticut Open.

The world No.23 Gavrilova broke serve five times to secure a 6-2 6-1 victory and advance to the last 16.

It was here in New Haven 12 months ago that she won her first career WTA title.

Gavrilova could meet veteran countrywoman Sam Stosur in the next round after the 34-year-old was promoted to main draw as a lucky loser.

Stosur, who lost 7-5 6-3 to Camila Giorgi in the final round of qualifying, will meet Aryna Sabalenka.

Sabalenka has been one of the form players of late on the WTA tour, reaching the semifinals of last week’s tournament in Cincinnati.

At the ATP event in Winston-Salem, Luke Saville fell in the last round of qualifying to Bayden Schnur.

Saville fought hard yet went down to the Canadian 6-2 3-6 6-3; Schnur had in the first round of qualifying accounted for Saville’s fellow Aussie James Duckworth.

Alex De Minaur and John Millman will feature in the main draw of the 250-level hard-court event.