Daria Gavrilova is the No.9 seed at this week's WTA tournament in New Haven, while Alex De Minaur and John Millman are in action at Winston Salem. 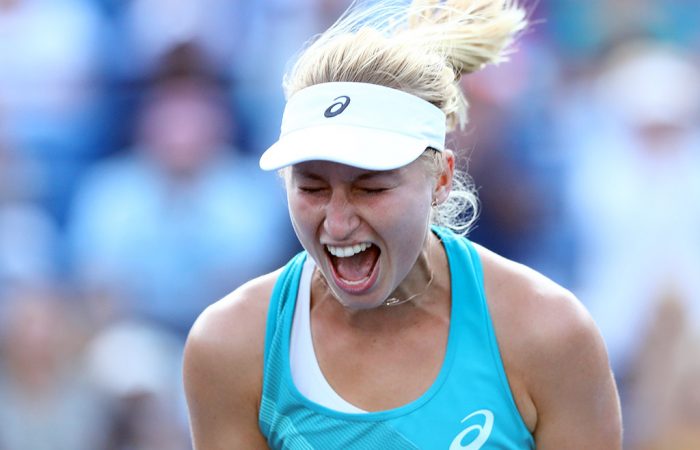 Daria Gavrilova has been elevated to the ninth seeding on the eve of her title defence at the Connecticut Open.

Gavrilova, who won her first WTA in New Haven last year, was unseeded but was bumped up into a seeded position after compatriot Ash Barty pulled out of the tournament with a viral illness.

Another Aussie, Sam Stosur, is attempting to win her third qualifying match to join Gavrilova in the main draw.

Stosur faces big-hitting Italian Camila Giorgi in the final round of qualifying, while Gavrilova opens her campaign against Romania’s Irina-Camelia Begu.

Gavrilova is seeded to meet world No.1 Simona Halep – who receives a first-round bye – in the quarterfinals.

At the ATP Winston Salem Open, Alex De Minaur will continue his impressive build-up to the US Open when he faces either Daniil Medvedev or Mirza Basic in the second round.

As the 15th seed, De Minaur receives a first-round bye, and should the seeding hold he would face No.1 seed David Goffin in the last 16.

The Aussie teen is joined by countryman John Millman at the 250-level event; Millman faces Taro Daniel in round one for a shot at No.9 seed Sam Querrey.

Millman is hoping to rebound from the back injury that forced him to pull out of Cincinnati qualifying a week ago.

Luke Saville stands one win away from the main draw after beating American wildcard Julian Zlobinsky in straight sets.

The South Australian next faces Canadian Brayden Schnur – who defeated James Duckworth in the first round – to seal a place in his first tour-level main draw since Wimbledon 2016.