Ajla Tomljanovic joins fellow Aussies Ash Barty and Daria Gavrilova in the main draw of the WTA tournament in Cincinnati. Gavrilova is scheduled to play Serena Williams at 9am AEST on Tuesday. 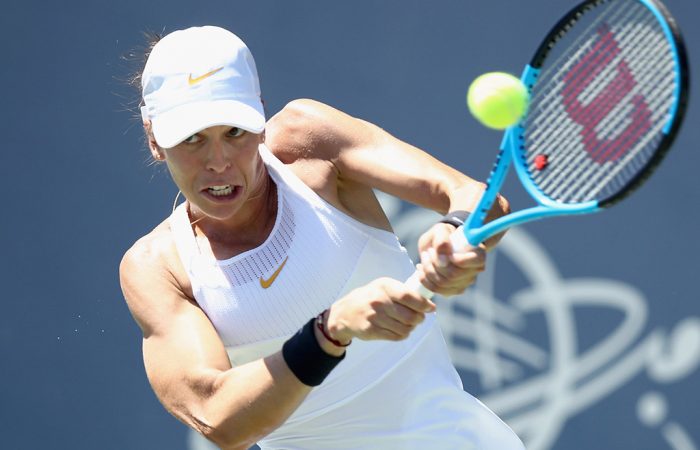 Ajla Tomljanovic won her second match in the qualifying rounds to seal her place in the main draw of the Western & Southern Open in Cincinnati.

Having reached the quarterfinals in San Jose two weeks ago, Tomljanovic has won four of her five US summer hard-court matches and has returned to the world’s top 60.

She’ll face another Romanian, Irina-Camelia Begu, in the first round of the Cincinnati main draw and should she win she’d face a third straight player from Romania – world No.1 Simona Halep – in the second round.

Halep, who won the Montreal title on the weekend, is the top seed and receives a first-round bye.

Tomljanovic is scheduled to face Begu on Monday afternoon, before Gavrilova battles Serena Williams. That match is the first of Monday night’s session in Cincinnati, not before 7pm (9am AEST on Tuesday).

Gavrilova lost her last meeting with Williams in the first round of the Rio 2016 Olympic Tennis Event.

Barty and Nick Kyrgios – the lone Australian in the ATP Cincinnati Masters event – are expected to play their first-round matches on Tuesday (local time).