Daria Gavrilova has drawn the great Serena Williams in her opening match in Cincinnati while Ash Barty and Nick Kyrgios are both seeded at the combined ATP/WTA event. 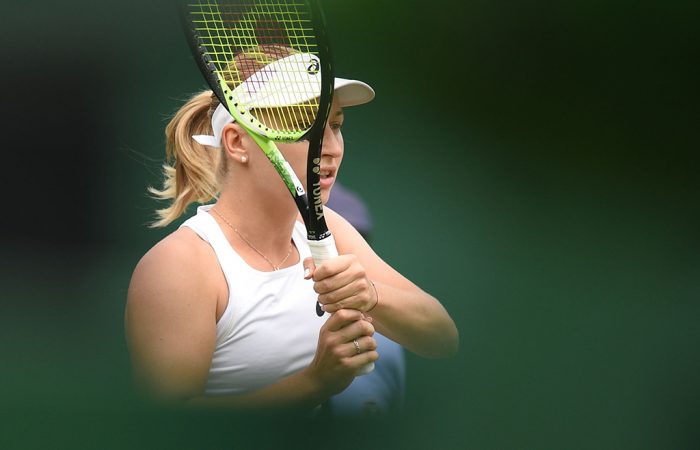 Daria Gavrilova faces a tough test when she lines up against Serena Williams in the first round of the Western & Southern Open in Cincinnati, Ohio next week.

Gavrilova will play Williams for the third time and will hope to score her first win over the 23-time Grand Slam champion; they last met in the first round of the Rio 2016 Olympic Tennis Event.

Williams is looking to bounce back from a shock 6-1 6-0 to Johanna Konta in the first round in San Jose two weeks ago. She withdrew from the WTA event in Montreal due to personal reasons.

Gavrilova’s path doesn’t get any easier if she wins; the world No.23 would next meet No.8 seed Petra Kvitova, who received a first-round bye.

Another Aussie, Ash Barty, is seeded 16th at the joint WTA/ATP hard-court event and lines up against Czech wildcard Marketa Vondrousova.

Simona Halep, the No.1 seed who beat Barty in the semifinals in Montreal on Saturday, looms as a potential third-round opponent.

In qualifying, Ajla Tomljanovic beat Kurumi Nara 6-4 6-3 to move to within one win of the main draw. She next faces Romanian Sorana Cirstea.

In the ATP main draw, Nick Kyrgios is seeded No.15 and faces a qualifier in his first-round match.

Kyrgios advanced to the Cincinnati final in 2017 and in the second round could face fellow young gun Borna Coric before a potential third-round meeting with No.4 seed Juan Martin del Potro.

Kyrgios is the only Aussie representative in the men’s event after John Millman was forced to retire from his first-round qualifying match.

The top seed in qualifying, Millman was level with Tim Smyczek at 5-5 in the first set before stopping due to a back injury.