A troublesome hip has forced Nick Kyrgios out of the ATP event in Washington DC. James Duckworth beat the man who replaced him, Jason Kubler, to reach the last 16. 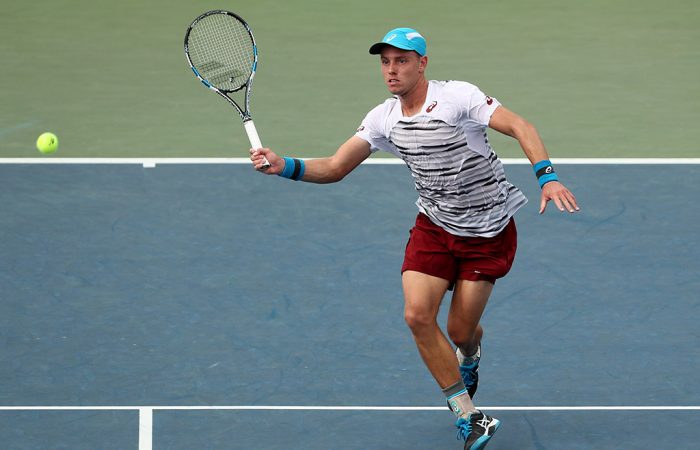 Nick Kyrgios has withdrawn from the Citi Open in Washington DC with a hip injury in a further setback to his build-up for this month’s US Open.

Kyrgios had injured his hip a week earlier in Atlanta but the fifth seed made the trip to the US capital hoping to be fit, only to pull out of his opening match against fellow Aussie James Duckworth.

Jason Kubler was awarded Kyrgios’s spot in the draw but the lucky loser was unable to take advantage, falling 1-6 6-2 7-6(5) to Duckworth.

Absolutely gutted to have to withdraw from @CitiOpen I’ve done all I can to get my hip ready but ran out of time. I want to thank Keely & her team for the support and apologise to the fans. I’ll be back!
❤️🙏🏽

World No.17 Kyrgios is scheduled to play tournaments in Toronto and Cincinnati before the year’s final major, which begins on 27 August at Flushing Meadows.

Duckworth, meanwhile, will next face 10th seed Stefanos Tsitsipas, who rallied from 3-5 down in the third set and saved two match points to beat Jared Donaldson.

In a match suspended overnight due to rain with Paul leading 4-1 in the third, the American was sharp on the resumption, closing out a 3-6 7-6(0) 6-2 win.

Olivia Rogowska went down 6-4 6-1 to Poland’s Magda Linette in the first round, while fellow Aussie Alex de Minaur led 11th seed Steve Johnson 5-4 with a break of serve when rain halted play or the day.

In other second-round action, Andy Murray continued his comeback from injury with a 7-6(4) 1-6 6-4 win over fellow Brit Kyle Edmund, and American Frances Tiafoe cruised to a comfortable 6-2 6-4 win over Poland’s Hubert Hurkacz.